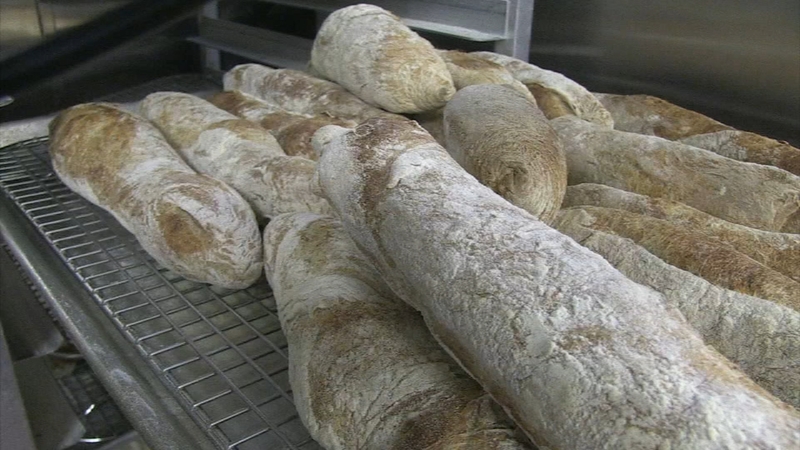 CHICAGO (WLS) -- This time of year, a taste of sunnier climates comes as a welcome surprise - even more so when it pops up in a place like Roscoe Village.

Our Hungry Hound says there's a new French restaurant there, where they focus on flavors from the southern part of the country, near the Mediterranean.

You might expect to find a steak frites on a French menu - the steak in this case basted in butter, sliced thick, daubed with herb butter and paired with crispy frites. But Le Sud in Roscoe Village really focuses its energy elsewhere, since its name, literally means "the south."

So yes, there's a Nicoise salad with tuna, green beans and potatoes, with some perfectly cooked eggs.

If you really want to eat the Mediterranean, try the bouillabaisse. First, the stock is made. Into a large pot with oil and garlic, chef adds onions, sliced fennel and leeks, sweating and cooking them down. Then chef adds pernod and cognac, which, when ignited, create quite a flame. Vive la France!

Once that burns off, orange zest and fresh herbs are added to the pot, along with saffron, which gives the stock its yellowish hue. Finally, fish stock. A lot of fish stock. Then a slow, long, simmer.

When an order comes in, shallots and white wine are heated, along with poached fingerling potatoes. Then the seafood, whatever is freshest. In this case, shrimp and mussels. Then he adds that complex broth he made earlier.

Finally, some fresh pollack is added. Rouille - a kind of Southern French sauce made from chiles, garlic, breadcrumbs and stock - is slathered on toast points, which come from baguettes made in-house.

Everything goes into a shallow bowl, with those rouille-topped crisps on the side. Chen says it's certainly a new style of restaurant for the neighborhood she loves so much.

"I originally lived in this neighborhood. I bought my first house here in 1994 and my son was born here," Chen said. "I moved to Wilmette for New Trier High School. Now it just feels like I'm coming back home. They said it's a great addition to have this restaurant in the neighborhood."

The flavors at Le Sud are inspired by the South of France, a much warmer climate than we have in Chicago this time of year, which is a welcome sign after just a few bites.

In Steve's Extra Course Video, he shows us two different desserts from the restaurant - one for chocolate lovers, and one alternate choice.