VIDEO: $1,350 drone swatted out of air, destroyed in Huntington Beach 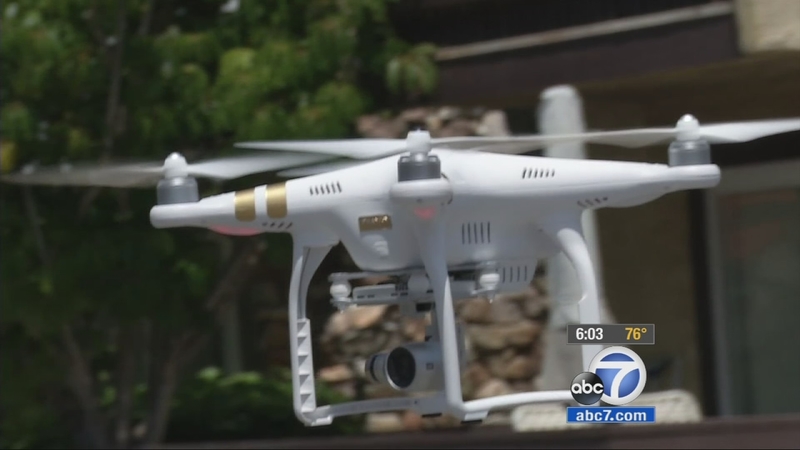 VIDEO: $1,350 drone swatted out of air, destroyed in Huntington Beach

HUNTINGTON BEACH, Calif. -- A drone owner is out $1,350 after a Huntington Beach man swatted his drone out of the air, causing it to go crashing down.

Video from Mike Luzanksy, who owns Lucky 7 Drones, shows the drone flying a few feet in the middle of the street, when a shirtless man tells Luzanksy not to fly it near his house.

He "swatted it down. It hit his leg, hit the cement, smashed the camera, the blades and messed up the copter," said Luzanksy, who was making a performance video on the street.

Luzanksy has filed a police report and says the man in the video told police he was concerned about privacy.

"It was not a privacy issue. For whatever reason, the gentleman became upset and hit it down to the ground, which is an act of vandalism," Huntington Beach Police Officer Jennifer Marlatt said.

Luzanksy says he'll drop the charges if the man just pays for the damage.

Huntington Beach does not have a policy or ban on drones, but the city's police department has had issues with them getting too close to its helicopter.

The police urge drone operators to respect the space of their chopper and their neighbors.

Luzanksy says that's exactly what his employees were doing.

"I feel that we were being very respectful," Luzanksy said.