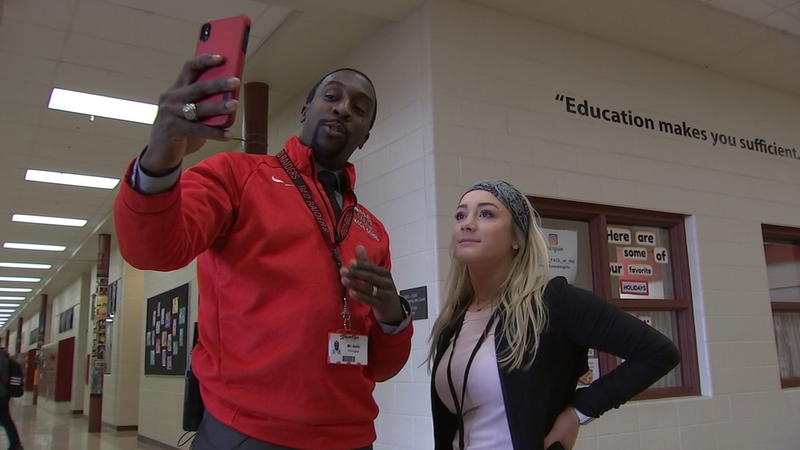 Huntley High School Principal Marcus Belin, who is now 32 and from Chicago's South Side, said he's a "fifth generation educator."

"The value of education has always been big in my house," Belin said.

Using a hoverboard to get around the high school, Belin has a lot of ground to cover as he pops in classes daily.

"He actually comes in the classes as you can see, he actually does that a lot," said Jamie Meindl, a teacher at the high school. "He'll come and play and he'll be part of my class. The kids love it."

Belin is often seen fist-bumping seniors as they leave for the day and he's even been talked into making a TikTok video with students.

"Instagram and Twitter are where a lot of my students live literally, they are scrolling 24/7. If I can connect with them someway somehow, just posting the great things they are doing," he said.

Whether it's a snow day rap or using his own kids to wish the dance team good luck, Belin attends and posts every school event, accomplishment or academic tips.

Sam Breen, a senior at the high school, said, "In the past with our hockey team because we do a combined teach with other schools, it's not gotten any attention from administration. Mr. Belin is the first person who has given us a look and come to our games."

For Belin, connecting with students comes in many different forms.

He solicited the help of his wood shop students to make his office table.

"As opposed to going to a furniture company and spending thousands of dollars, why not let kids do something and come back and say we built it," Belin said.

On top of the table sits a full bowl of candy, all for the students if they want to stop by a principal's office with a door that's always open.