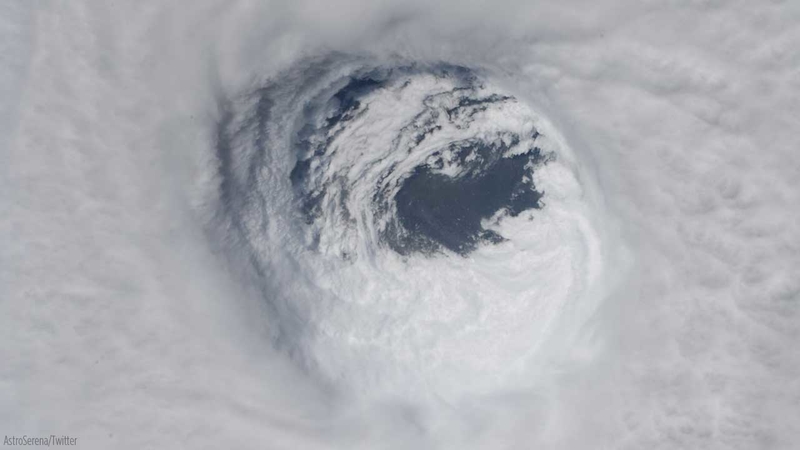 As Hurricane Michael made landfall on Wednesday, NASA showed what the storm looks like from above.

The 400-mile-wide storm came ashore with 155 mph winds, making it the strongest to hit the U.S. in nearly half a century.

On Tuesday, NASA shared what the storm looked like when it was still in the Gulf of Mexico.
EMBED More News Videos

By the time it made landfall in Florida's Panhandle, the storm had reached historic strength.

Local news reporters were working in the dark. At the Panama City news station WJHG/WECP, reporter Tyler Allender tweeted that his colleagues were taking shelter in a hallway in the middle of the building because "this wind is SERIOUS."

Allender said they were sitting in the dark because their building had lost power.

The storm is expected to quickly move north along the East Coast in the next few days.