'I saw blood all over': Mistress brings more shocking testimony to murder trial 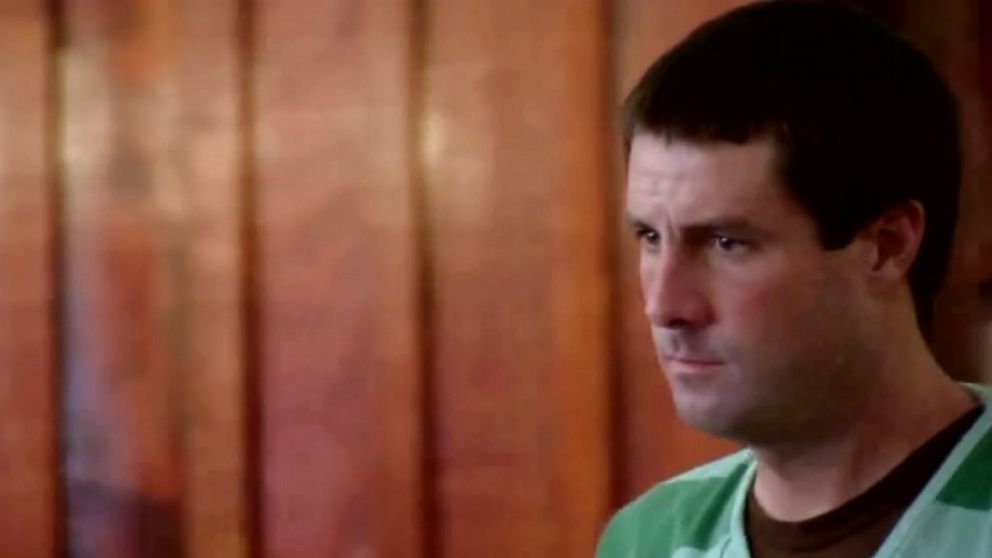 A Colorado man is on trial for allegedly killing his fiancee -- and his mistress, who claims she helped clean up the crime scene, brought powerful testimony to the courtroom.

Prosecutors allege Patrick Frazee attacked his fiance, Kelsey Berreth, with a baseball bat at her Woodland Park, Colorado, home on Thanksgiving Day 2018 while the couple's 1-year-old daughter, Kaylee, sat in a playpen in a back room.

The 29-year-old's body hasn't been found. Prosecutors allege Frazee put Berreth's body in a black plastic tote and burned it on his property.

Frazee was arrested in December. His trial, on charges including first-degree murder, began last week.

Krystal Kenney Lee, Frazee's ex-girlfriend and later mistress, claims he called her to clean up the alleged murder scene at Berreth's home. Lee has pleaded guilty to tampering with physical evidence and is awaiting sentencing once Frazee's case concludes.

As Lee testified for the prosecution Wednesday, she sobbed on the stand while describing the gruesome scene she says she encountered at Berreth's condo the day after the crime.

Lee described the scene again on the stand Thursday.

As the prosecutor showed a picture of a young, smiling Kaylee, sitting on the floor of her room with her little arms outstretched toward the camera, Lee cried on the stand and described items in the background of the photo that she said had blood on them.

Prosecutors on Thursday also showed the jury a video clip investigators recorded when they took Lee to Frazee's property in Florissant, Colorado. In the clip, Lee described the black tote that allegedly held Berreth's body, as well as the location of the aluminum water trough where she claims the tote was set on fire.

"This has all been cleaned up since I was here," Lee said on the video, showing investigators where she said Frazee had positioned a red can of gasoline.

"He also threw in motor oil," Lee said on the video.

On the video, Lee told investigators she threw all of the items she says she took from Berreth's bloodied condo -- including curtains, stuffed animals and towels -- into the fire.

Lee said she saw Frazee's mother step onto the front porch of the house while the fire was burning.

Lee has claimed that Frazee had three prior plots for killing Berreth, including one that involved Frazee asking her to poison Berreth's favorite Starbucks drink, a caramel macchiato, according to investigators. Lee claimed she and Frazee discussed potential drugs that were easy to access because Lee was a nurse, an investigator said.

During cross-examination Thursday, public defender Adam Steigerwald recounted the three times that Lee came to Colorado at Frazee's behest when the defendant allegedly wanted her help killing Berreth. The public defender pointed out that if Lee had been charged with attempted murder and if convicted, she could have faced decades in prison.

Instead, prosecutors allowed Lee to plead guilty to moving Berreth's phone, and now her worst case scenario is three years in prison, the defense stressed.

Lee began to cry on the stand as Steigerwald repeatedly got her to admit that, even though she drove from her Idaho home to Colorado multiple times when Frazee allegedly wanted her help killing Berreth, she never took her suspicions to Berreth's family, her own family or police.

"All these times in the last year-plus that you have not told the truth," Steigerwald said. "So everything in the last 10 hours is the truth? And just happens to be what you need to say to keep you out of prison?"

Lee responded quietly, "It's the truth."

"You were looking at essentially the rest of your life in prison," Steigerwald said. "Instead, the district attorney allows you to plead guilty to moving Kelsey Bereth's cell phone."

"Your worst case scenario is three years in prison,correct?" Steigerwald asked. "You could get probation with no jail."

Testimony was delayed nearly two hours on Thursday morning because the defendant felt ill, according to Judge Scott Sells. Frazee was given medication and felt better, the judge said, and then the jury was seated.

"I have no indication Mr. Frazee was feigning any illness," Sells assured the jury.

Lee said in court on Wednesday that Frazee told her he "swung away" with a baseball bat in the attack on Berreth.

Lee said it took four hours for her to clean Berreth's condo and that she put the bloody items in six full garbage bags. But Lee testified that she purposely "left little spots so that people would see it and raise suspicions."

She said Frazee gave her Berreth's phone and directed her to send a fake text to Berreth's mom. Lee also admitted to texting Berreth's boss from the victim's phone to ask for time off.

"I'd seen some of the pictures on her phone," Lee said, sobbing. "And I knew there were people who care for her and would look for her."

Lee testified that she burned Berreth's phone and purse at her Idaho home.

Lee explained to the jury that she was too scared to go to the police.

But Lee added, "I loved and cared for him. He was my best friend."

Under cross examination Thursday, Lee admitting to still answering Frazee's phone calls even though she was afraid of him.

The defense has also pointed out that the victim's body and the murder weapon have never been found.
Report a correction or typo
Related topics:
abc newsnational
Copyright © 2020 ABC News Internet Ventures.
More Videos
From CNN Newsource affiliates
TOP STORIES