Identity theft crimes surge in Illinois and across nation, along with persistent unemployment benefits fraud complaints

WLS
By Jason Knowles and Ann Pistone
CHICAGO (WLS) -- An identity theft surge is underway, nationwide and in Illinois. A 91-year-old woman had a fraudulent small business loan taken out in her name.

"We just received a letter in the mail saying that a small business administrator loan, had been taken out in her name, and it would be due in a year," said the daughter of 91-year-old Doris. Doris did not want her last name to be used, as she has been a victim of identity theft.

The SBA loan taken out in Doris's name was almost $50,000. Doris' daughter filed an identity fraud claim with the SBA, the Federal Trade Commission and filed a police report. She said she was lucky to even discover the issue because the loan letter was in a plain envelope.

"It concerns me with other people. Older people, you know, they might not even, the envelope is so nondescript, they could have just thrown it away, you know not everybody opens up all the mail," she said.

To make things worse, Doris is also a victim of the unemployment scam; someone else filed for benefits in her name through the Illinois Department of Employment Security.

"She received one of the IDES debit cards. And obviously she hasn't worked in like 30 years," said Doris' daughter.

The ABC 7 I-Team contacted both IDES and the SBA. Neither would comment on Doris's cases.

SBA did acknowledge that its government program, which loaned over a trillion dollars during the pandemic, has been battling fraud. At the end of October, the SBA inspector general issued a report finding the SBA "lowered the guardrails" which "significantly increased the risk of program fraud" resulting in potentially $77 billion in sham loans.

The SBA disagrees with these findings.

But identity thieves aren't just targeting government programs. One study from the research group Javelin shows that 2019 identity theft increased from $14.7 billion in losses to $16.9 billion.

"We know from the data that Illinois is being targeted especially Chicago, Illinois ranks 13th in the nation as states, as far as identity theft," said Bryan Lewis, CEO of Intellicheck, a company which works with law enforcement and retailers to stop identity theft, citing FTC data.

Lewis explained how easy it is for thieves to open up accounts in your name with fake driver's licenses.

"When you apply for credit, they're gonna authenticate you. The way that we do it is we can tell you with greater than 99% certainty that driver's license is real, and the number one thing that the bad guys in this case do is they can go online, and I just checked, I went on to one of the sites that sells fake driver's licenses and get the latest Illinois license for $100. And I can buy your social security number online for $1. So basically for $101, I can get a license with your info, my face on it, and then I'm more or less go shopping. If you think how easy it is to get credit when you go into a store," Lewis explained.

In June, U.S. Customs and Border protection said they confiscated almost 20,000 counterfeit US drivers' licenses at O'Hare Airport's international mail facility; most of the fakes were from China.

So what can you do to stop the ID theft surge?

If you aren't opening up a credit card or buying a house or car in the near future you can enact a credit freeze with all three credit unions. A credit freeze can be reversed by you when needed.

You can also enroll in credit monitoring services which alert you if accounts are opened in your name. Some of these, like Credit Karma, are free.

Doris's daughter is hoping those fraudulent accounts will soon be taken out of her mom's name.

"It was surprising, because, you know, she hasn't worked so right and then I didn't know how people they got ahold of the information," she said.

Another tip to prevent identity theft, is to do your best to limit the number of times you provide businesses your social security number, driver's license info and birthdate. Ask if you really need to provide that personal information.

Click here to read a copy of IG Ware's statement for the record. A video of the hearing is also available on the Committee's website.
Report a correction or typo
Related topics:
illinoiscrimesmall businessmoney fixi teamu.s. & worldloansfraudunemploymentconsumeridentity theft
Copyright © 2021 WLS-TV. All Rights Reserved.
I-TEAM 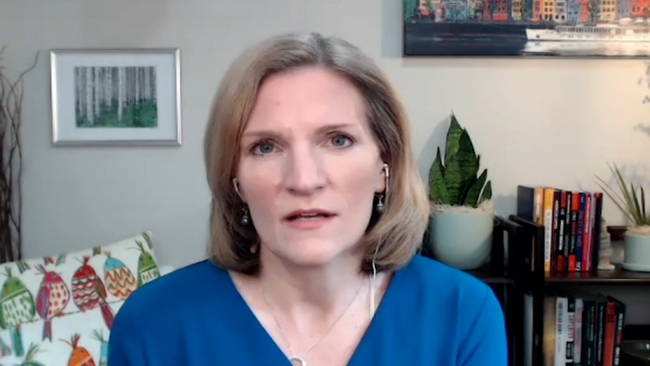 US Capitol riot: How extremist groups mobilized to incite violence