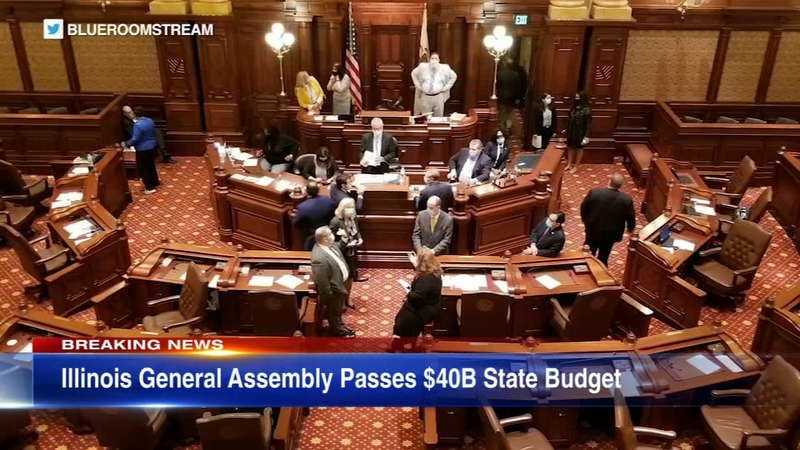 The budget passed on a largely party-line vote of 68-44.

The spending plan would let the state borrow up to $5 billion from the Federal Reserve.

State officials are also waiting to see how much spending flexibility they have for the billions in federal aid the state already received.

The spending plan for the budget year that begins July 1 now heads to the Governor.

"This budget begins to address the financial upheaval we are facing, but more hard choices about how to spend and save these dollars wisely remain to be made," Gov. JB Pritzker said in a statement.

The House also passed legislation Saturday pushed by Mayor Lori Lightfoot to change the tax structure for a casino in the city.

Mayor Lightfoot said in a statement, "This is a critical step toward shoring up our city's pension obligations as well as driving huge levels of infrastructure funding and fueling thousands of new jobs for all of Illinois."