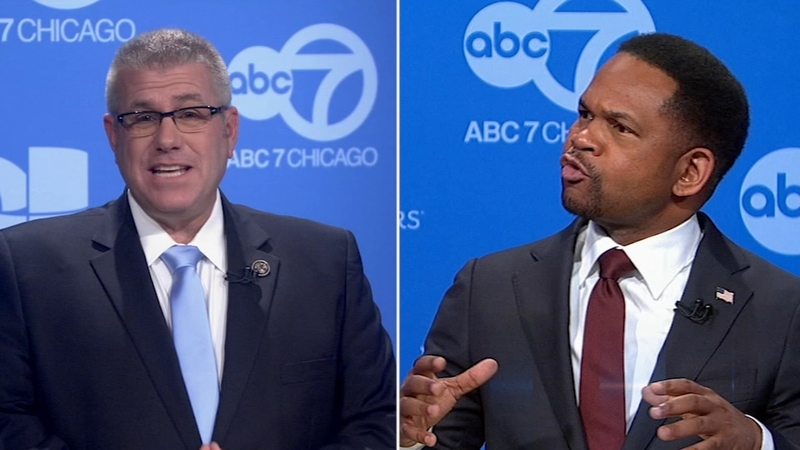 Then the following Saturday President Donald Trump will hold a rally for downstate congressional candidate Mary Miller near Quincy.

GOP front runner Darren Bailey greeted supporters during a campaign stop in Sycamore Friday morning as part of his state-wide bus tour leading up to the June 28 Primary.

"Thank you for the energy, keep it up, we've got work to do. Don't take the win for granted friends," Bailey told the crowd gathered at a local restaurant.

Bailey, a state senator from southern Illinois, just endorsed Congresswoman Mary Miller, who is in a fierce battle with Rodney Davis in the redrawn 15th District.

Miller has also been endorsed by President Trump, who will hold a rally for her three days before the primary.

Bailey expects to be there but still has not been able to secure Trump's endorsement for his campaign.

He was asked if he thinks he need's Trump's endorsement in the primary.

"I think we're going to win regardless. I'll accept, I'd be honored to have his endorsement but the momentum and the grass roots movement is certainly on our side," Bailey said.
Sources on the Trump team say there's no evidence yet that Bailey could beat Governor JB Pritzker in the November general election, so for now, that endorsement is on hold.

"Trump is always about Trump in his political future. So he's going to be looking at people who are going to make him look good. It's one thing for Bailey to win a primary but if he doesn't win in November, that's a black mark on Trump's record of endorsements," said ABC7 Political Analyst Laura Washington.

"That should say to the voters in the Republican Primary is that JB Pritzker is the one that's picking his candidate that all Republicans understand cannot win in the general election," said Richard Irvin (R) candidate for governor.

The Aurora mayor, the one-time front GOP runner, held his own get out the vote event in Naperville Friday. His campaign, hurt by negative TV ads but still hoping to turn the tide.

"We're just gonna spend as much time with the voters as possible. What's it's about is making sure that we get people out to the polls that can understand our message and understand that we need to do something if we want to save this state," Irvin said.