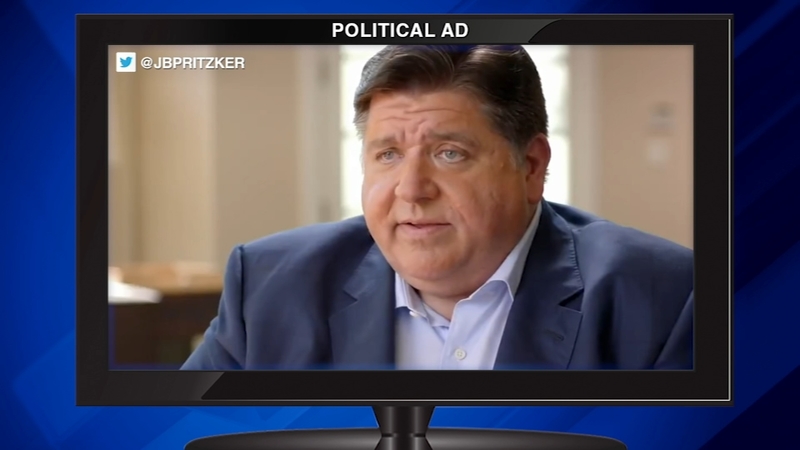 Pritzker made the announcement he will seek a second term as Illinois' governor Monday on Twitter.

"Big news: I'm running for re-election," he wrote. "We've been through a lot, and I've been so proud to see Illinoisans come together during the toughest of times. I'm excited to fight for the state I love with [Lt. Gov. Juliana Stratton], and there's no limit to what we can do going forward."

In June, Pritzker hinted to ABC7 Political Reporter Craig Wall that he was considering not seeking a second term.

"You know, again, I haven't talked to my family completely about this and I need to spend time with them had to have that conversation. So I'll get back to you shortly. I promise," Pritzker said at the time.

But despite his earlier apparent waffling, his decision was no surprise at all. It was only a matter of when he was going to make the announcement.
Pritzker's re-election announcement came with a video highlighting his work to combat the COVID-19 pandemic in Illinois, support Illinoisans who lost work and benefits during the pandemic, and to roll out the vaccine as quickly as possible. It also highlighted his efforts to bolster small businesses during the pandemic, and putting science first in his decision making.

"If there was any surprise at all it's that the entire three minute video centered on the pandemic that there really wasn't much discussion of other things that happened in his first term," said Stephen Maynard Caliendo, political science professor at North Central College.

Republicans pounced. The state party director criticized Pritzker for mishandling the LaSalle Veterans Home situation, where 36 veterans died from COVID-19; for failures of the state unemployment agency; and for bowing to teachers unions and not getting students back in school.

In his ad, the governor admitted he didn't handle everything right in the past 16 months.

"Look I may not have made every decision right, but every step along the way I followed the science. and focused on protecting the lives and livelihoods of the people of Illinois," he said.

Professor Caliendo wondered if concerns about the Delta variant could have played into the time of Monday's announcement.

"There may have been a concern that if we have to move back to a different phase in a few months, maybe that would be a bad time to launch something, especially if you're going to center it on the pandemic," he said.

The Democratic Governors Association released a statement after the announcement was made, saying in part, "As the state emerges from the pandemic, Gov. Pritzker is putting Illinois back on firm fiscal footing, leading to credit rating upgrades and an improving business environment. "Gov. Pritzker has proven to be a strong and effective governor for the people of Illinois."

Earlier this year lawmakers passed legislation to move next year's primary from March back to June. That bill awaits the governor's signature.

Pritzker is not expected to have any serious challengers in the primary. The Republican field already has several announced candidates with more likely to join the race.