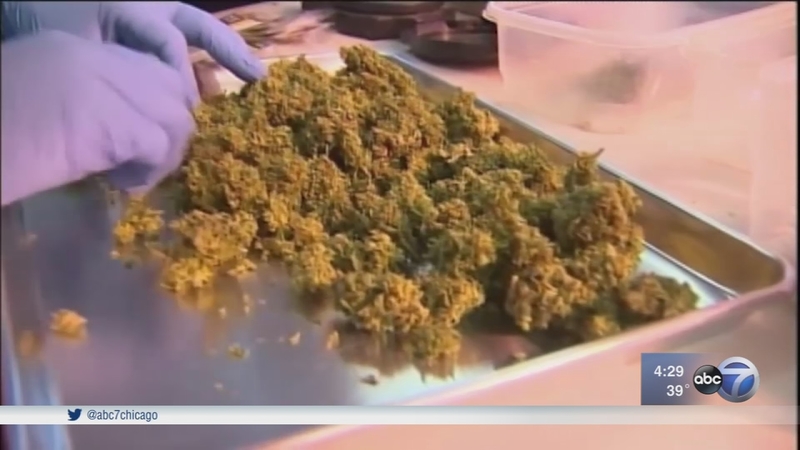 Andersonville - Pot, MJ, marijuana, weed...it's all on the shelves of medical marijuana dispensary Dispensary 33 in Andersonville. Ask the owner about the landslide victory of the Cook County referendum to legalize pot and he'll tell you...

CHICAGO (WLS) -- Pot, MJ, marijuana, weed; it's all on the shelves of medical marijuana dispensary Dispensary 33 in Andersonville. And the owner is not remotely surprised by the landslide victory of the Cook County referendum to legalize recreational marijuana use in Illinois.

"There was nothing surprising about how that referendum ended up. There's been polling over the last couple of years. Public sentiment has been strongly in favor of adult use cannabis in this state for years now," owner Zachary Zises said.

The referendum is non-binding, so it's more like a public poll, but ask anybody who works with or for the legal marijuana industry and they said the same.

"I wasn't surprised. This is an issue that has significant bipartisan support not just in Chicago, in the state, but around the country," said Green Thumb Industries CEO Pete Kadens.

"So it's very consistent with what we've seen and where we think the state of Illinois is," said State Senator Heather Steans.

The referendum sends a strong message, but there are still a lot of questions as to how full legalization could impact existing medical marijuana dispensaries but everyone who's looking into medical marijuana today

You can weigh the pros and cons of legalizing marijuana for adult recreational use, but today we're talking about money. And if marijuana is legalized state-wide, these experts say we're talking big money in taxes and the Illinois economy.

"We're roughly a $100 million medical industry. And we're a roughly $3 billion illicit black market. And so there's a massive opportunity there for all of us to benefit from," Kadens said.

State Senator Heather Steans says the state could see $300 million to $700 million in tax revenue a year, and she says that's a conservative estimate.

"So what this really would accomplish is reducing the black market. Getting people to buy it in a regulated taxed business where you know you're getting a safe product. And the revenue, instead of going to criminals, is going to the state of Illinois," Sen. Steans said.

But the CEO of Green Thumb Industries that grows, processes, and sells marijuana in five states says as for legalization.