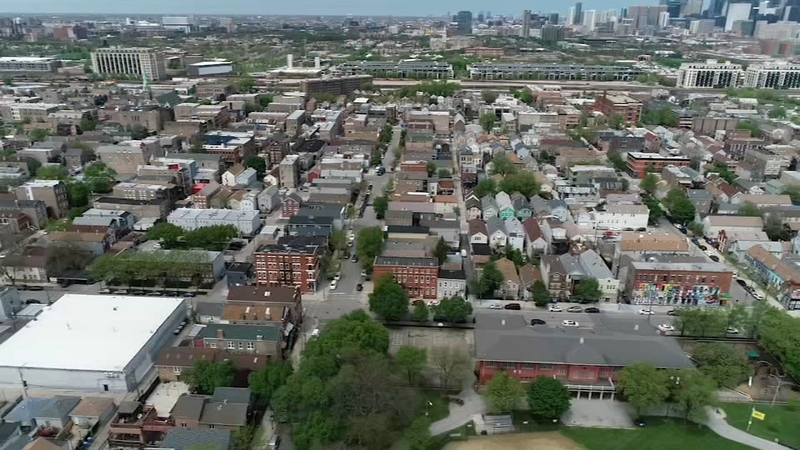 COOK COUNTY, Ill. (WLS) -- Following an I-Team report about the property tax debt attached to your home and business, some people said they stopped their search to buy a home.

RELATED: IL property tax hikes influenced by government debt; how to look up debt on your home

"Definitely preventing me from buying right now, that's why I'm renting and happy to do so," said Chicago renter Drew Schafer.

Schafer said he's now holding off on buying a condo because of outstanding debt attached to properties.

The I-Team looked up the debt associated with Chicagoan Tom Harney's home. It's $124,000.

"When I look at that number coupled with my income tax, I ask myself why am I staying here and not going to a state that's focused on keeping its people and growing? I don't see politicians changing anything," said Harney.

He can see that information because Cook County Treasurer Maria Pappas launched a new tool on her website to view the government debt attached to homes and businesses.

"The higher the debt, the higher the property taxes," Pappas told the I-Team. That debt is due to estimated payments on village services, education and pensions.

"We need local officials to look at how they deliver government services, not historically how they've done it, not according to political boundaries," he said.

Msall is referring to the 2,200 overlapping government entities in Cook County, which he said are inefficient.

Chicago residents were surprised that the treasurer's numbers show that in the Windy City, there's about $41,000 of debt attached to every $100,000 in property.

"That's crazy. If I want to own a home, it kind of discourages," said Chicago resident Keisha Samuels.

"It's a lot but it's the tradeoff you have to live in the city," said Chicago homeowner Jon Ezenstark.

The I-Team asked Cook County President Toni Preckwinkle for a comment on the debt associated with property owners in Cook County.

Preckwinkle said she's worked to address the county's own debt and "unfunded pensions" that she inherited, is trying to reduce the county's portion of the debt and has not increased the property tax levy in her 10 years in office.

So what can you do about the property tax debt? Besides voting, you should ask candidates specifically what they plan on doing about the problem if they win.

"Over the past 10 years, President Preckwinkle's administration has worked to address this very issue by judiciously managing the County's own debt including the billions in legacy debt borrowed before she took office while also responsibly addressing billions of dollars in unfunded pensions. In short, she has been working to reduce the County's portion of the 'Total Taxing District Debt Attributed to Properties in Cook County' all while not increasing the County's property tax levy since taking office. Additionally, the county has been doing its part to provide relief to tax-burden communities by equitably distributing tax incentives and exemptions to those who need it most. This problem did not occur overnight, and it will not be solved overnight. It will take a collaborative effort between all units of local government along with the State and Cook County is ready and willing to help take up the charge."
Report a correction or typo
Related topics:
personal financecook countygovernmentpensionsi teamdebtloansproperty taxesconsumer
Copyright © 2022 WLS-TV. All Rights Reserved.
I-TEAM
Could remains in shrinking Lake Mead be tied to Chicago mob?
I-Team: Postal Protection
ISP combating expressway shootings with new technology, tactics
Cross-border drug tunnel linked to alleged drug trafficking scheme
TOP STORIES
10 shot, 2 fatally, on Near North Side
13-year-old carjacking suspect critically injured in police shooting
City Council to take up ordinance on curfew changes
Marine veteran seriously injured in Irving Park hit-and-run
PGA Championship picks, predictions with ESPN Chicago's Randy Merkin
Teen shot and killed in vehicle on Far South Side ID'd by ME
Motorcyclist strikes, kills man crossing street on NW Side, police say
Show More
Celebrate National Streaming Day with Hulu for $1/month for 3 months
CTU votes for new president
Disney celebrates National Streaming Day with drone show over DTLA
City Council committee to vote on NW Side casino plan
Oakbrook Terrace fights back after red light camera permit revoked
More TOP STORIES News