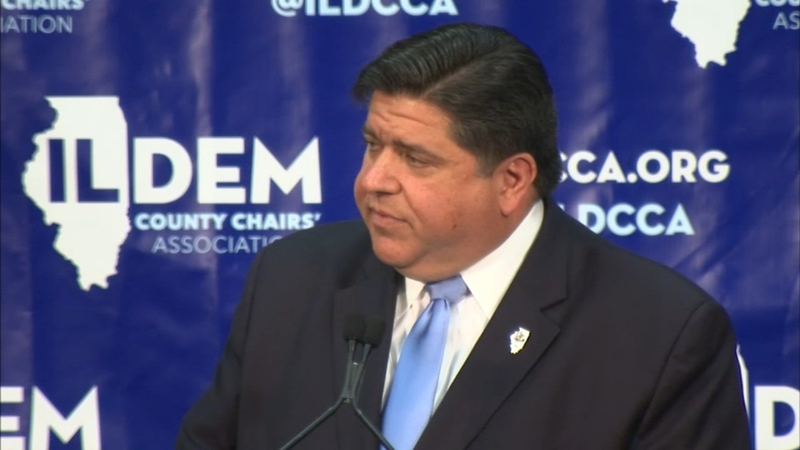 SPRINGFIELD, Ill (WLS) -- It's Democrats day at the Illinois State Fair as they try to pull the party together with an eye on November and the goal of winning back the governor's office.

Governor Bruce Rauner was the target of several attacks Thursday as Democrats had their day.

It was a much larger gathering than the one held by Republicans Wednesday.

Democrats are trying to rally the party faithful to win back the governor's office and more. They are targeting traditionally red, or Republican, counties with what they are calling a Blue Wave in 2018.

JB Pritzker brought his "Think Big" bus to the state fair for a meet and greet with supporters after the morning rally, riding a wave of enthusiasm that he hopes will continue to November.

"You heard this morning, the level of enthusiasm, the shouting the cheering, people are really excited about what's happening in the Democratic Party," said gubernatorial candidate JB Pritzker.

"2018 is the most important election of our lifetimes, because everything we're about is under siege," Pritzker said.

South Bend, Indiana, Mayor Pete Buttigieg was a last-minute replacement as keynote speaker for former Vice President Joe Biden who has laryngitis. Buttigieg is considered a rising star in the party and had harsh words for Rauner and President Trump.

"The president of the United States is basically a disgraced game show host," Mayor Buttigieg said.

Pritzker talked about the importance of getting out the message about Democratic values, and brushed off the barrage of Republican attacks aimed at him, saying that's all they've got.

"The unfortunately have run so badly this state over the last three-and-a-half years, the only way they think they can win elections in 2018 is by tearing down the other party," Pritzker said.