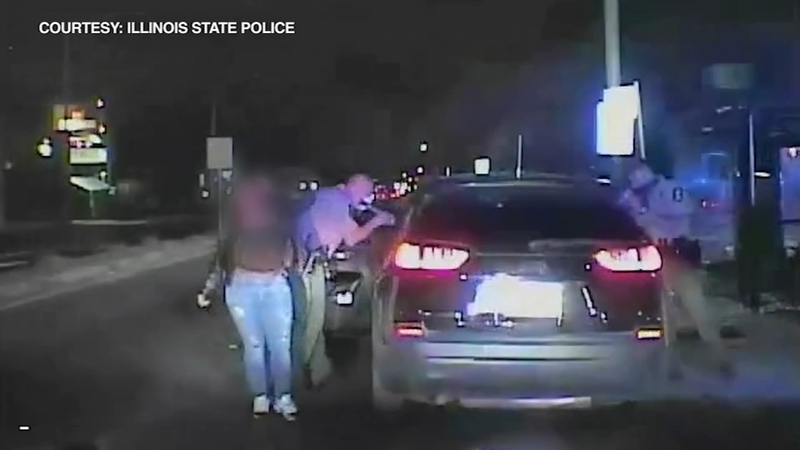 HARVEY, Ill. (WLS) -- The family of Darren Green, Jr. has filed a lawsuit against Illinois State Police and troopers involved in a Harvey traffic stop that turned deadly.

Attorneys for the family claim the trooper who fired the shots in the Oct. 7 traffic stop has a history of excessive use of force against Black drivers. Dashcam video of the incident was released on Oct. 11.

ISP has released dash camera video Sunday that gives a look into what exactly happened when a Harvey traffic stop earlier this week turned into a deadly shooting.

"I want justice for my son, and this is a constant thing going with these young black males. They're targeted," Darren Green, Sr. said.

"Keep in mind this was a stop because she didn't have on her lights, this aggressive, predatory policing has to stop," said Andre Grant, attorney. "Why not tell the young lady, 'turn on your lights'?"

Green was in the front passenger seat, with a woman and a young girl was in the backseat. In dashcam video of the incident, the trooper is seen and heard telling the female driver to step out of the SUV and instructs his partner to help Green out. The same trooper on the left side of the video then opens the driver's side door and spots a gun.

What happens inside the vehicle is out of view of the dascham, but state police describe a struggle with Green over the gun before a shot was fired, striking him in the head.

The family's attorneys allege the trooper on the driver's side had already recovered the gun before going back in the SUV.

"If they had on body cameras there would be no discussion about a struggle," Grant said.

"We have very little confidence in the Illinois State Police's ability to investigate itself," said Grant.