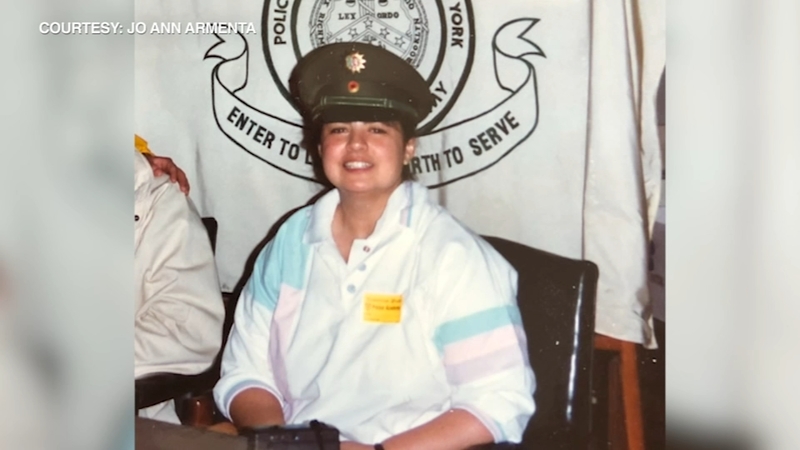 ELGIN, Ill. (WLS) -- As a state police investigator JoAnn Armenta worked on some of the most high profile cases in Illinois history.

They included the murder of 10-year old Jeanine Nicarico in Naperville and the Tylenol poisoning murders that led to new safety seals on nearly everything we buy. She also worked on the rape case involving Gary Dotson who became the first to gain freedom after DNA evidence proved his innocence.

All that came after Armenta made history herself as the first Latina officer in Illinois State Police history.

"I don't know if I was stubborn or stupid but I stuck it out. The more they said I couldn't do it, the more I dug in," said Armenta.

And Armenta said there were a lot of people who said she couldn't do it. Who doubted her ability

"I was good at what I was doing and I was sorely disappointed that my efforts weren't valued," said Armenta.

Nevertheless, Armenta said she has tried to serve as a role model for other women, specifically Latinas in law enforcement. She once took a whole group of girls along for Take Your Daughter to Work Day.

Juan Valenzuela started a Latinos in Law enforcement group and has been a supporter of Armenta's for years.

"She was the pioneer, she as the first mover for Latinas within the state police and it opened up a pathway for those who had the same vision of making a difference," said Valenzuela.

After more than two decades with the state police Armenta is now enjoying retirement. She spends much of her time working on a book about women in Illinois Law Enforcement. She says her struggles to succeed in a male-dominated career were real but she hopes she and others have helped ease the way for women today.