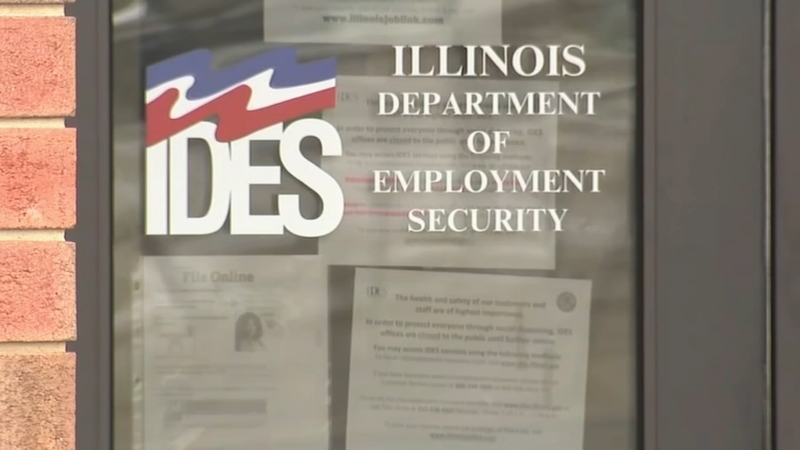 SPRINGFIELD, Ill. (WLS) -- The Illinois Department of Employment Security is asking for millions more dollars in its budget after an unprecedented year.

Wednesday marks one year since IDES closed its offices across the state. What followed was a chaotic scramble to handle a historic surge in applications for unemployment benefits. Now, the agency is asking for millions as it seeks to re-open.

Her agency is one of the very few approved by Governor JB Pritzker to ask for money.

The money will be used to hire additional full-time IDES personnel and contract employees. More immediately, in the current fiscal year, Richards requested an increase of $60 million in federal funding; the majority went to fraud analysis and call-center support.

State Sen. Linda Holmes who chairs the budget committee asked how IDES's callback system has been operating lately. It's been the subject of multiple I-Team reports, highlighting excessive wait times, dropped calls or no follow-up whatsoever.

"We are completing just under 13,000 calls per day so we are getting to older calls quicker and attempting to resolve issues to our call center quicker," answered Richards, who explained that calls-back times are complex. Simpler issues such as requests for tax forms can be turned around in a day but more complicated issues could take a few weeks.

Long wait times and frustration with the system may be fueling threats to IDES, a reality that makes reopening offices more challenging.

And when will offices open up again? Last week, at an Illinois House hearing, Richards explained it won't be happening soon.

"Threats that have been placed against IDES staff and offices top of mind too is the extent to which we keep our claimant population and employees safe," she said.

Richards is proposing a virtual option instead.

To host those virtual meetings, Richards said she's looking into establishing partnerships with legislative offices, libraries and workforce organizations where people can pre-schedule appointments with IDES.