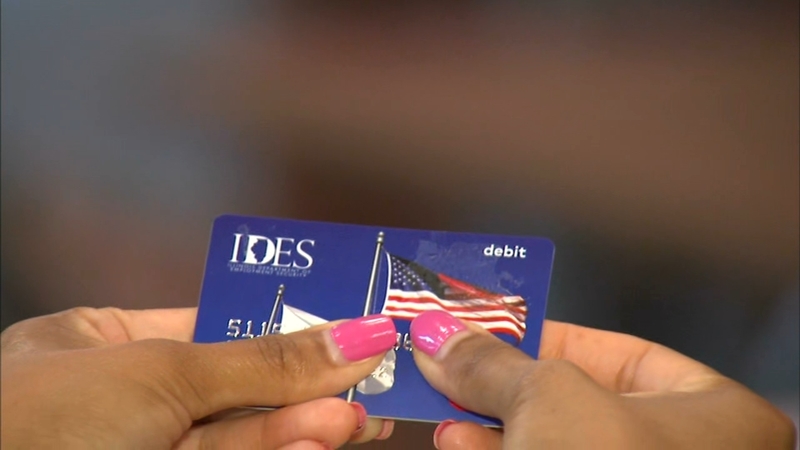 CHICAGO (WLS) -- The FBI put out a new warning Thursday about widespread unemployment fraud in Illinois.

The bureau said fraud victims could have a major problem on their hands, especially when it's time to file taxes.

This is the first time the FBI is speaking about the widespread fraud. They've spent the last several weeks investigating what they call one of the fastest growing scams in the country right now.

The FBI said it has received thousands of complaints from people in Illinois who have fallen victim to this unemployment fraud scheme.

The FBI believes there are more victims out there, and the time to report the fraud is now.

"This is a terrible scheme because it's affecting not just a few people locally, it's affecting a large group of people here in Chicago and across the nation," FBI Special Agent Siobhan Johnson said.

Johnson said scammers are using people's names and personal information to apply for unemployment benefits through the Illinois Department of Employment Security.

And once those benefits are approved, the fraud victim receives a debit card in the mail.

"(Scammers) go back into the system and they request that the money instead be transferred into an account they have set up," Johnson said.

Victims of this fraud may be inclined to throw the debit card away, but that's a mistake, she said.

"From the FBI's perspective, we like it when victims maintain a file of all of the information they have at their disposal," Johnson said. "So if you've received a card that would in fact be evidence that we'd like to see."

The ABC 7 I-Team has uncovered a new type of fraud within the Illinois unemployment system.

"So when tax time comes around, you're going to receive a form from the government showing that you received these benefits, and you're going to be taxed on those benefits," Johnson explained. "But, you never received that money, so you shouldn't be paying additional funds on it. Identity theft is the gift that keeps on giving in that, it's a problem today, but it's also a problem tomorrow."

Johnson called the scam "a marathon, not a sprint. So, we're going to get to it."

The FBI said it's not clear if the criminals behind this are from overseas or the United States.