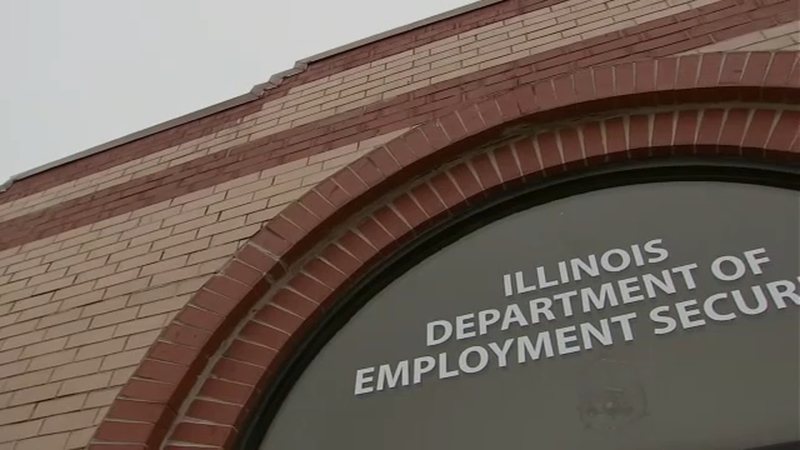 CHICAGO (WLS) -- Relief may be in sight for thousands of unemployed people across the country who were told they were "overpaid" by the state.

Now there may be legislation that could allow claimants to keep the money they were told to give back.

"I'm on unemployment for a reason. Like, I don't have work and so I don't have a way of paying that back," said Jeff Kmiec, who reached out to the ABC 7 I-Team.

RELATED: Some Illinois PUA unemployment recipients told to pay back thousands of dollars to IDES in alleged over-payment

The ABC 7 I-Team has heard from dozens of unemployed Illinois residents, like Kmiec, who filed for Pandemic Unemployment Assistance through IDES. They've been told to come up with thousands of dollars to pay back to the state after being "overpaid."

The Illinois Department of Employment Security said the "overpayment" problem can occur because PUA applicants are approved quickly, and their income may initially be overestimated and later corrected.

If passed, The Relief for Working Families Act would provide states discretion to waive the PUA overpayments, for individuals like Kmiec who "acted in good faith."

Kmiec was excited to hear about Thursday's proposed legislation because he's still out of work and is still being told he owes money back.

When the state's unemployment office was asked about the legislation, a spokesperson for Gov. JB Pritzker said, "Since the beginning of COVID-19, the Pritzker administration has worked closely with Senators Durbin and Duckworth and other members of the Illinois federal delegation to secure needed assistance for Illinois residents. Overpayments within the Pandemic Unemployment Assistance (PUA) system are an unfortunate consequence of a federal system haphazardly put together without input from Illinois or much foresight concerning how it would negatively impact claimants. The federal guidance given to every state for PUA systems allows a PUA claimant to establish their own weekly benefit amount prior to verification by state unemployment systems. Additionally, the same federal guidance does not allow states to waive the recoupment of PUA overpayments, which has resulted in claimants, under federal requirements, being required to pay back funds otherwise needed for their families, rent, mortgages, and groceries. This is especially concerning given the impending expiration of PUA on December 26, 2020, barring additional federal action. The administration will continue working with Senator Durbin and Senator Duckworth to pursue congressional action that addresses the burden USDOL guidance has placed upon claimants and states."
Report a correction or typo
Related topics:
careersmoney fixi teamidesunemployment
Copyright © 2021 WLS-TV. All Rights Reserved.
MONEY FIX
Pandemic-related parts delays, expiring warranties cause appliance repair issues
Tax email, text scams to watch out for
Tax refund tips for getting more money back from the IRS
COVID vaccine scams on social media, bogus surveys try to take your money
TOP STORIES
Pritzker to announce statewide school mask mandate: sources
District 45 ends face masks meeting without vote after altercation
Homeless camp blocking Pilsen sidewalk used by students, residents say
R. Kelly gained weight, lost money ahead of trial: lawyer
Teen girl killed in Hermosa hit-and-run: CPD
Deadly West Garfield Park police shooting video released
Simone Biles reveals aunt died suddenly 2 days before competition
Show More
Obama scales back 60th birthday celebration due to COVID concerns
Viral Video: Orangutan wears sunglasses zoo visitor drops
Dems urge Cuomo to step down after probe finds he harassed 11 women
81-year-old man critically wounded in Humboldt Park shooting
Police bodycam video released of Florida condo collapse
More TOP STORIES News