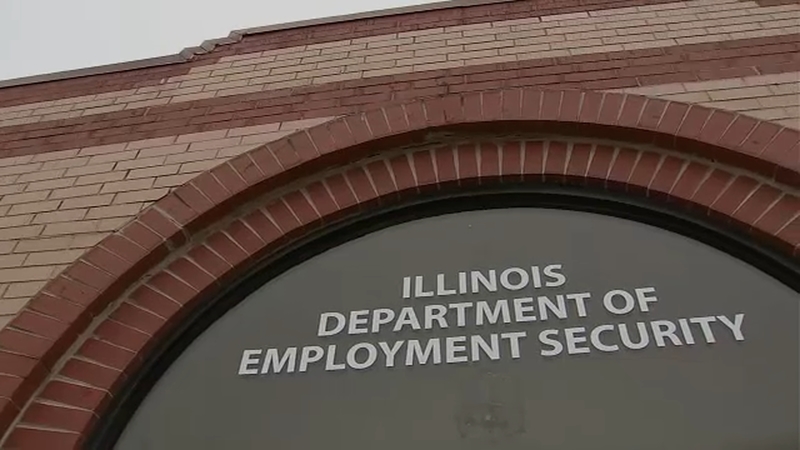 CHICAGO (WLS) -- Some unemployed Illinois residents are being told to come up with thousands of dollars to pay back to the state, the ABC7 I-Team found.

In one case, a woman who can barely pay her bills was being accused of fraud and told she had to come up with $15,000.

"I get this notice saying that over payment fraud or identity theft. This is a fraudulent claim, and there's over-payment of it was $15,150." Said Jennifer Carvatta.

Carvatta was stunned when the Illinois Department Of Employment Security labeled her claim as fraudulent and told her to come up with more than $15,000; the equivalent of all of her unemployment benefits.

"First, I don't have $15,000," she said. "Secondly, like I said, I did everything that you guys had asked us to do. You gave this to us, but now you want us to give it back. We're still in a pandemic. And how are people going to pay this big, especially me?"

Carvatta filed for federal Pandemic Unemployment Assistance, or PUA, through IDES after losing her job as worker in the catering industry.

"I did everything correct this I was just telling my, my girlfriend, I said I uploaded my tax return from 2019, which was one of the things that they wanted people to do. I know people that didn't even have a tax return because they work for cash. I did my tax return. I upload it. In fact, I even sent it off with my appeal," Carvatta said.

Two other people who filed Pandemic Unemployment Assistance claims contacted the I-Team. They're not accused of fraud, but are being told they each owe more than $2,000 in "over-payments."

"That's part of my argument is, like, I'm on unemployment for a reason. Like, I don't have work and so I don't have a way of paying that back," said Jeff Kmiec.

"It's like buying a car, and then saying like, 'Oh, you get too good of a deal. Can you give us some money back,'" said Becky DelGeorge. She said she lost a job in the event planning industry.

Jeff Kmiec was in live theatre. Both say they're trying to get answers.

Kmiec said after filing an appeal and waiting weeks to get a call back from IDES, he got nowhere.

"I got very emotional when I actually got that call back, a month and a half later, like I got incredibly emotional on the phone with that guy which is part of I think what triggered him to be so frustrated with me it's like there's no, there's no ability to help," he said.

"It's pretty frustrating. I, luckily, have been able to find a job since then I've worked many connections and was able to get one," said DelGeorge. "But it's still frustrating like I'm still not making the same amount of money I was making before like and to owe that much money back because it's still like a big hit."

In July, the I-Team uncovered several other cases of IDES asking for thousands of dollars back from PUA claimants.

The I-Team supplied all claimant details to IDES. The state said it cannot comment on specific claims. However, in many cases, the states said PUA applicants get approved quickly and their income may initially be over-estimated. When additional paperwork is submitted for review it may show a lower income, causing the claimant to owe money.

"To be honest, I think it's mistake on their end," said DelGeorge.

Carvatta said just days after the I-Team shared her case information with IDES, she received a re-determination letter saying she supplied "adequate documentation to verify your identity." She said her over-payment balance is now zero.

"There's no way it was fraud. I was not working," Carvatta said.