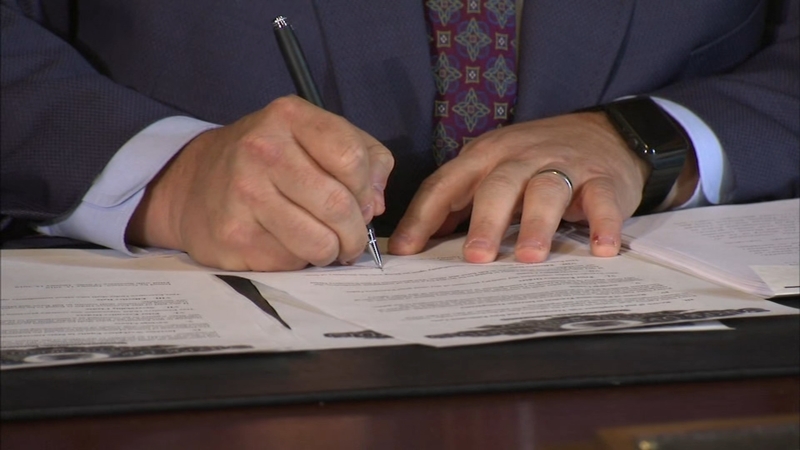 Pritzker has also signed 70 executive orders since March that control or crack down on various coronavirus-related issues. Is all of it legal?

"He's got vast authority under the Illinois Emergency Management Agency Act, he can use all those state resources to cope with a proclamation with a disaster, so he can do it. There are some limitations, and there will be a fight about whether you can go as far as he's going for as long as he's going but fundamentally he has the authority," said Gil Soffer, ABC 7's legal analyst.

This is the 10th Gubernatorial Disaster Proclamation, stamped four days ago, that Pritzker has renewed. It lays out the new, much more strict, state restrictions.

"So the act, under which he is issuing these orders doesn't require that he consult the legislature, it gives him the authority to issue a disaster proclamation with all the powers that come with it. It does on its face say that those powers are limited for 30 days, " said Soffer. "So the question is, and this question has been raised in various courts around the state: is he exceeding his authority by reopening this order every 30 days? But I think that's ultimately probably a loser of an argument, because with the disaster of this scope, I think he can fairly say it's fair for him to exercise these powers for much longer than 30 days, and each 30 day period brings a new set of problems that really make it in a way, a new disaster each time."

It's the legal equivalent of asking when does the governor wear out his welcome.

"It's really going to be what fits the scope of the disaster? if this were an earthquake, if this were a serious storm, you might say okay 30 days is enough maybe 60 days is the outer bounds. Beyond that, you're going to get some challenges that I think would be upheld to the governor's order." said Soffer. "This is a sweeping disaster, and by its very nature it lasts longer than 60, 90, 120 days. So I think he's going to get a lot of latitude from the courts. There will come a time when he may overstep, but given what's happening in the world right now and given what's happening in the state with COVID right now, I don't think we've reached that point."