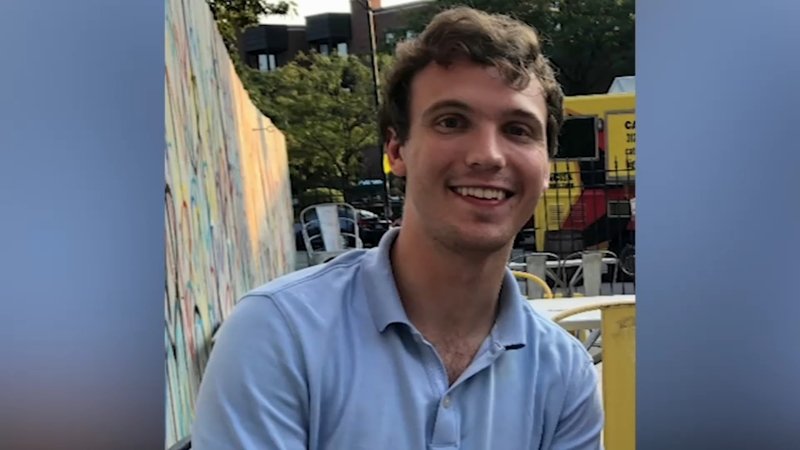 CHICAGO (WLS) -- A frantic search continues Tuesday for a 23-year-old Chicago man who was last seen over 48 hours ago at a bar in River North on Halloween night.

Iñaki Bascaran's was last seen at Celeste bar, 111 W. Hubbard St., around 11:30 p.m. on Saturday, according to friends and family.

His father Jose Bascaran said his son, a University of Illinois graduate and advertising professional, got separated from his friends and ended up outside the bar after 11 p.m. He said Bascaran texted his friends that he was outside the bar and trying to get back inside around 11:45 p.m. At 11:50 p.m., he texted again to say he was getting back in line to get into the bar.

His father said he then FaceTimed with his roommate, who was not at the bar, and believed he was walking next to a Walgreens and heading home. That was the last communication he had with anyone. After that, a friend inside the bar texted Iñaki Bascaran at 12:15 a.m., but he never read the text.

"We are trying to get as much information as possible from anyone that might have seen anything that can help us find him," Jose Bascaran said. "Everyone loves him, knows he's really very outgoing guy, he's a really good kid; this is not something that he will do."

More than 100 people gathered in River North outside the bar where Bascaran was last seen Monday, then launched a search of the surrounding alleys and streets, as well as in Wrigleyville, where he lives in the 800-block of West Newport Avenue, 5 miles north.

"I think everyone here can probably say they've went out to a bar and walked home alone at night, as stupid as it may be, and we've all done it, and it's just shocking because 100 out of 100 times you wake up the next morning and you get on with your day," said Nathan Meyer, Bascaran's college roommate and best friend in high school.

No one knows if Bascaran was still walking home, or if his phone died, or if he called the Uber. His father filed a police report and has been in contact with Chicago police detectives.

Family and friends have also looked at all Chicago emergency rooms and hospitals, and found nothing.

Police said they are still considering this a missing person case.