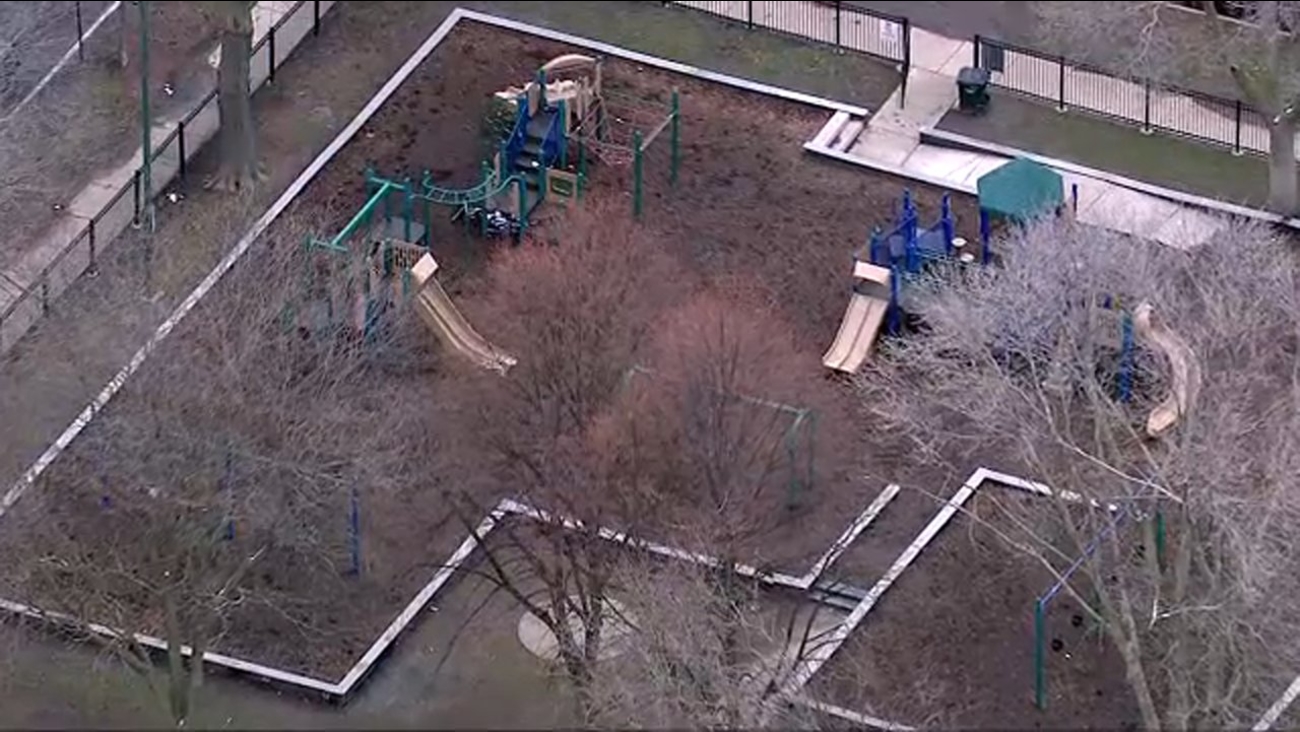 CHICAGO -- Authorities are looking for a man who exposed himself to a group of children Friday afternoon at a park in the Northwest Side Avondale neighborhood.

Just before 3 p.m., the man approached the 13-year-old child and several other children at Parkview Park, 3251 N. Avers, and exposed his genitalia to them, according to a community alert from Chicago Police.

The park is less than a block away from Lorca Elementary School, 3231 N. Springfield.

The suspect was described as a 5-foot-7, 140-pound man between 35 and 40 years old, police said. He had short, black hair, an olive complexion and was wearing a black jacket and black sweatpants with white stripes.