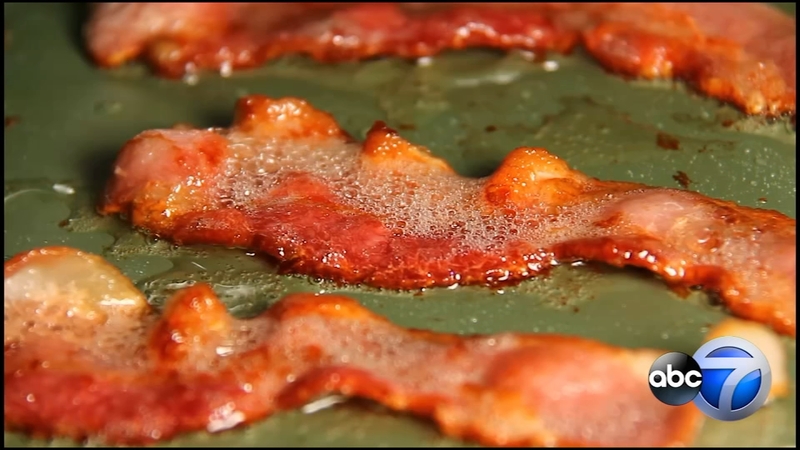 International Bacon Day is celebrated on the Saturday before Labor Day. It's slowly becoming one of the most popular unofficial holidays in the United States.

Bacon Day was started in 2000 by a group of students in Massachusetts who deemed it so delicious, it deserved its own holiday.

So from our table to yours...here's a short history on how the world grew to love bacon.

"Bring Home the Bacon"
It actually has nothing to do with money. During the 12th Century, a church in the English town of Dunmow promised a side of bacon to any married man who could swear before the congregation and God that he had not quarreled with his wife for a year and a day. A husband who could "bring home the bacon" was highly regarded by the community for his forbearance, self-control and patience.

The traveling Pig
Salted pork belly appeared on dining tables thousands of years ago in China. Bacon made its way to North America through several means. Christopher Columbus brought 8 pigs to Cuba at the insistence of Queen Isabella in 1493. Hernando de Soto brought 13 pigs to Tampa By in 1539. As colonies were established, pigs were imported from England, Spain, Portugal, and other countries.

Wartime bacon
Bacon played an important role during World War II. It gained popularity as reasonably priced meat for families to eat on a regular basis. People returned the leftover bacon grease to their butcher, who in turn donated the bacon fat to the war effort. Yes. Bacon fat was used to create bombs, gunpowder and other explosives.