In less than two years, ISIS has gone from a terror start-up overseas to what FBI Director James Comey calls a "chaotic spider web".

CHICAGO (WLS) -- The ABC7 I-Team looked into ISIS terrorists in the United States- not just a smattering of potentially violent radicals, but terrorists present in Illinois, Indiana, Wisconsin, Michigan and all 50 states.

In less than two years, ISIS has gone from a terror start-up overseas to what FBI Director James Comey calls a "chaotic spider web" in the US, with young Muslim men being radicalized in Illinois and the 49 other states. Comey suggests ISIS uses social media like a job fair. That's how he says terrorists snagged three New York men facing ISIS charges.

"Those people exist in every state. I have homegrown violent extremist investigations in every single state. Until a few weeks ago there was 49 states. Alaska had none which I couldn't quite figure out. But Alaska has now joined the group so we have investigations of people in various stages of radicalizing in all 50 states," Comey said.

In Chicago, there are several current federal cases of teenagers being recruited online by ISIS, buying plane tickets to travel overseas; plans interrupted by U.S. counter-terrorism agents, in some instances at O'Hare Airport.

In New York City Wednesday, the latest plot - to blow up Coney Island - is a scheme authorities say by three Brooklyn men now in federal custody. According to a criminal complaint unsealed Wednesday, the men - ages 19, 24 and 30, from Uzbekistan and Kazakhstan - planned to train with militants in Syria. They also hoped to shoot police officers, FBI agents or military members in the US and even talked of assassinating President Obama, according to the complaint.

Prosecutors say they were lured by ISIS, a pitch Comey said is common.

"Slick propaganda through social media that goes like this: 'Troubled soul, come to the caliphate, you will live a life of glory, these are the apocalyptic end times, you will find a life of meaning here fighting for our so-called caliphate and if you can't come, kill somebody where you are.' That is a message that goes out to troubled souls everywhere," Comey said.

"There are vultures on social media who try to take advantage of our children," said Omer Mozaffar, a Loyola University Muslim chaplain.

Even as terrorists use social media to recruit, federal investigators also use it to catch suspected terrorists. In the New York case, one of the suspects is said to have posted threats against President Obama on an overseas website friendly to ISIS. Late Wednesday afternoon he and the two accomplices were all ordered held without bond. 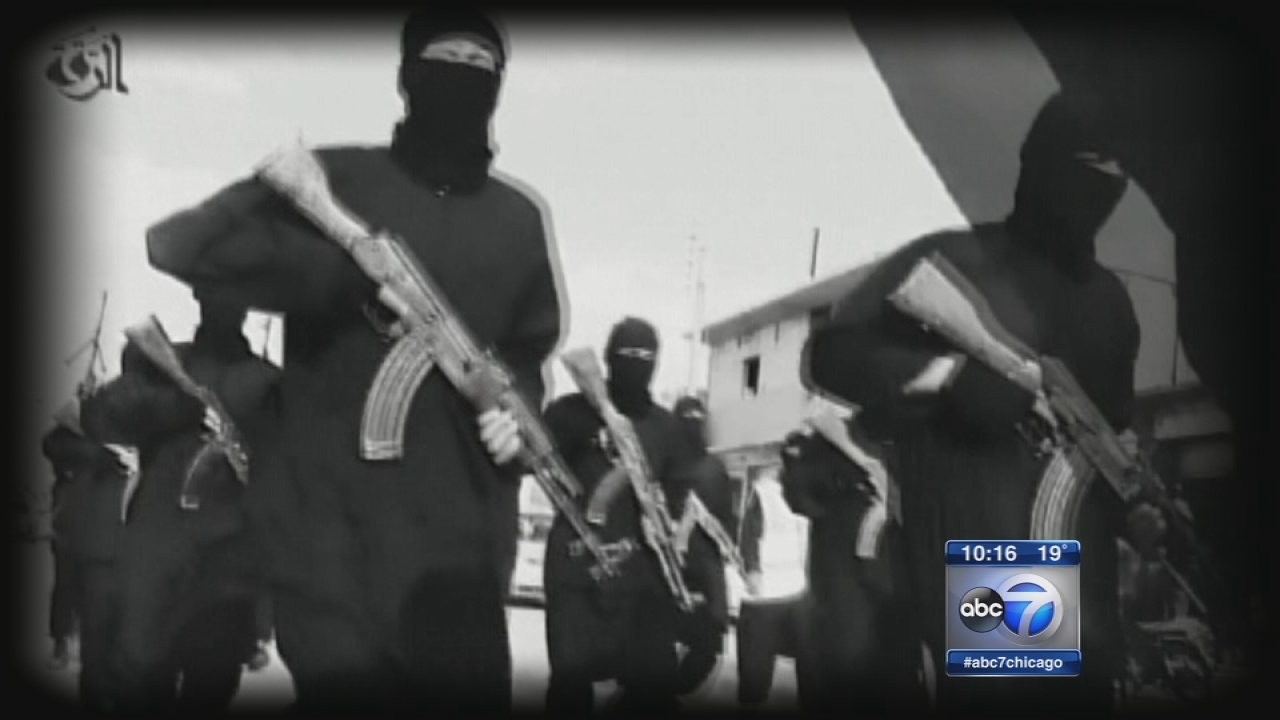