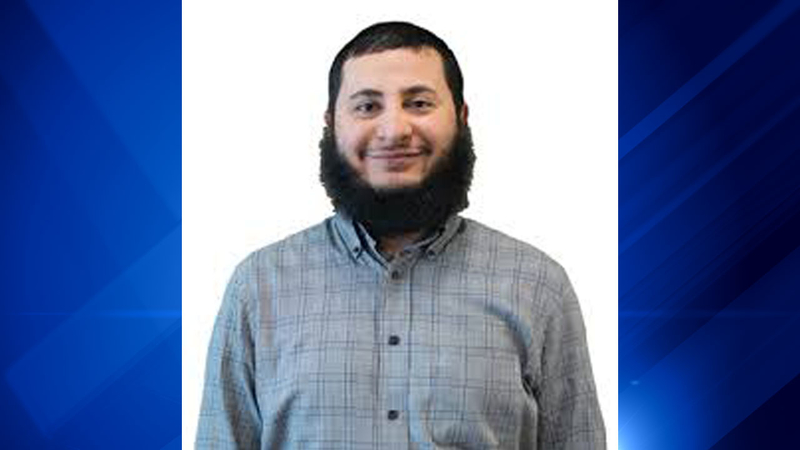 Ashraf Al Safoo, 34, was arrested on Wednesday morning following a raid on his home in the 5200-block of North Virginia Avenue. Al Safoo had been held by FBI agents assigned to the bureau's Joint Terrorism Task Force.

A lengthy criminal complaint unsealed Friday afternoon provides details of Al Safoo's alleged campaign to find fighters via the internet who were interested in committing terror attacks in the U.S. and elsewhere. Although not named or charged, authorities say he worked with others in the alleged terror support plot.

Among the internet screen grabs of Islamist propaganda allegedly used by Al Safoo is a gruesome, full-color illustration of a headless Santa Claus accompanied by the line: "The Khilafahs presents are on their way." Other freeze frames allegedly from the Chicago man's recruiting efforts show apparent terrorists with guns, imminent attacks on Christmas celebrants and a time bomb inside a gift box.

Al Safoo appeared in federal court Friday where he was ordered held without bond until a detention hearing Oct. 25.

Prosecutors said he was a danger to the community and a flight risk. They described him as the lead writer of a group that distributed ISIS propaganda. Authorities said he told followers to "Participate in the war. Spread fear."

The criminal complaint states that Al Safoo works for a Chicago software company BlueBolt Solutions on North LaSalle Street. His LinkedIn profile states that he has worked as web developer for BlueBolt since 2013, specializing in Microsoft Technologies. Late Friday the company's CEO David E. Risner told the I-Team that they are "deeply shocked, saddened, and in complete disbelief to learn of this situation. We are fully cooperating with the FBI and local authorities on the investigation."

Al Safoo's profile also claims that he obtained an undergraduate degree in 2006 from Al-Hussein Bin Talal University in Jordan and a master's degree in 2007 from Universiti Sains Malaysia.