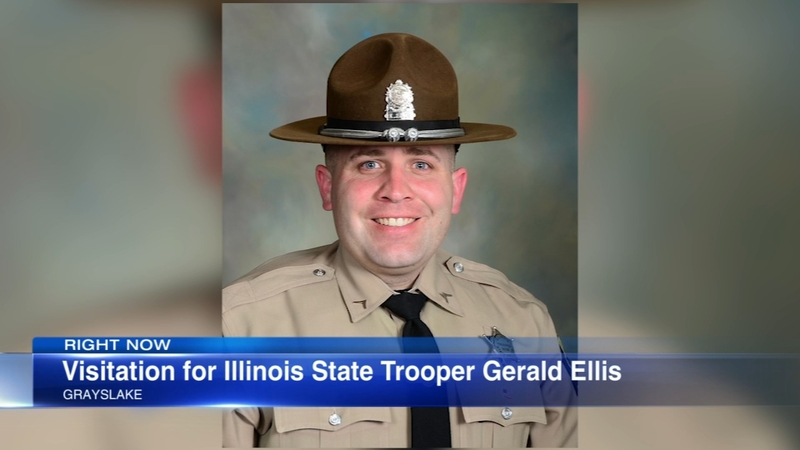 GRAYSLAKE, Ill. (WLS) -- The funeral has been set for an Illinois State Police trooper who was killed when a wrong-way driver struck his squad car.

The funeral for 36-year-old trooper Gerald Ellis will take place Friday at 10 a.m. at the College of Lake County's James Lumber Center for the Performing Arts in Grayslake. Ellis will have a private burial. The public is encouraged to line the funeral procession route starting at noon on Friday, from the James Lumber Center for the Performing Arts to the burial site. The route is outlined below.

The visitation was held Thursday afternoon

Ellis died early Saturday in the accident along Interstate 94 in northern Illinois. He is the third state trooper to die in a traffic crash so far this year.

State police say Ellis grew up in Macomb and graduated from Western Illinois University. He served with the U.S. Army Reserves and joined the state police in 2008. He is survived by his wife and two young daughters.

There will be increased patrols and enforcement zones across Illinois as part of a crackdown on drivers caught using handheld devices.

Trooper Chris Lambert, 34, was fatally struck by a vehicle on I-294 in Northbrook as he responded to a multi-vehicle crash.