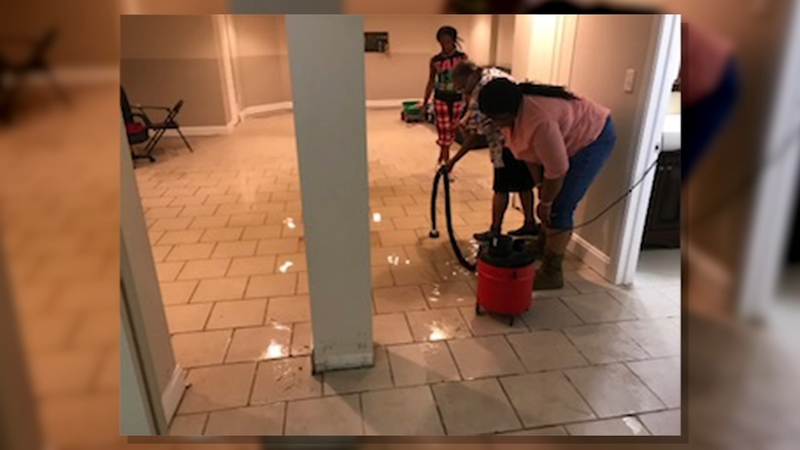 CHICAGO (WLS) -- If you have water coming in your basement, you might think one job will fix it. But an Auburn Gresham woman spent $10,000 and said she's still dealing with a leaky mess.

After a flood in 2016, Ollie Williams hired Perma-Seal to waterproof her basement.

Roy Spencer, the president of Perma-Seal, explained the company's approach to Williams' service.

"Based on the pattern of seepage and where she got it, we felt like the best step would be to put in a waterproofing system and interior drain tile system. Subsequent to that there was a really hard storm and she continued to get water," he said. "We went ahead and 'camera-ed' her sewer line so at that point, low and behold, her sewer line collapsed. So at that point we gave her an estimate for the sewer line repair."

The second estimate, for the sewer repair, amounted to $4,915.

Spencer said the waterproofing job was necessary, but was there a way to detect the sewer problem so customers don't get surprise additional estimates?

However, Perma-Seal doesn't usually do this unless a customer asks because the sewer is rarely the culprit.

Spencer also pointed to the contract that Williams signed, saying that basements could have additional water and sewer back-up issues.

"The first disclosure is, 'Neither Perma-Seal or any other company can guarantee that you will not get water in your basement.' We simply can't," Spencer said.

"All the water just sitting right here, we have to use the wet vac to mop the water up," she said.

Perma-Seal also said that there's a chance that even after the sewer repair, Williams may need to spend another $5,000 on an exterior flood control system in case the city's sewer overloads.