"Underwater" after gas unexpectedly gets shut off 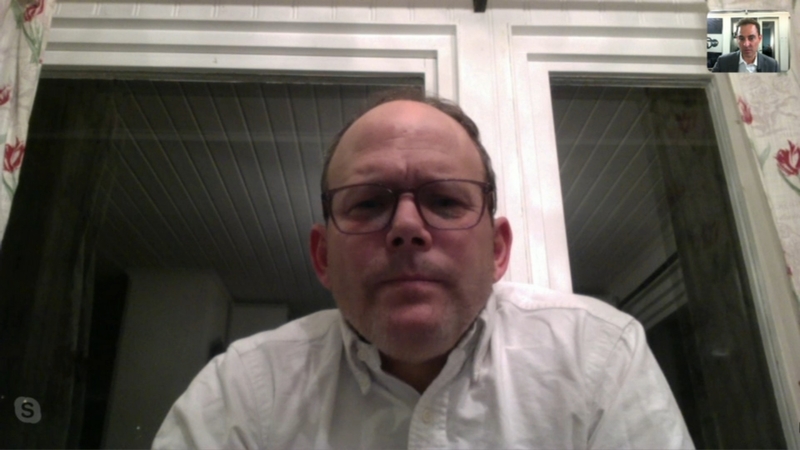 "Underwater" after Gas unexpectedly gets shut off

WINNETKA, Ill. (WLS) -- A landlord says he had no clue that his former tenants called the gas company to shut off the gas to his Winnetka rental property.

Frozen pipes not only caused extensive water damage, but now he says the value of his home is also "underwater"

"It was just a complete disaster," said landlord Charles Shaw.

Giving an interview from Sweden, Shaw describes the water damage which took over this home, all from burst water pipes after tenants moved out and had the gas shut off in December 2017.

According to one estimate, there was $165,000 dollars in damage to the home.

"I mean, the water from the burst pipes from the upstairs has all percolated down into the ceilings, and the ceilings are falling down. Obviously, all the hardwood floors are ruined," Shaw said.

A police report indicates that "North Shore Gas disconnected the gas line to the property, which was unknown to Shaw."

Shaw says he thought the gas company would have kept the gas on and put the bill back into his name.

"They certainly shouldn't be able to do it without letting me know," Shaw said.

In this letter, North Shore Gas denied Shaw's request for reimbursement and said the tenant who was the "customer of record" had asked to discontinue service. North Shore Gas also said that that no further calls had been made to supply natural gas to the property until months later, after that water damage was already done.

North Shore Gas also said there's no documentation of a state-required "landlord reversion agreement," which would have kept the gas on and put it back in Shaw's name after the tenant cancellation.

Shaw said he didn't save a copy of the agreement, but believed he had it in place since he had started renting the unit in 2010.

"They maintained that they are under no obligation to notify a owner of a property, the landlord, the owner of the property, if they are shutting off the gas to your home in the middle of winter, and I found that to be incredible. I mean, I couldn't believe it," Shaw said.

According to Illinois Commerce Commission code, a utility company only has to notify a landlord when the service has been placed back into a property owner's name .

Shaw's insurer, USAA denied coverage, citing a failure to "maintain heat in the building " and said a claim for damage due to "freezing of plumbing" is not covered under the policy. The Illinois Department of Insurance upheld the decision and rejected Shaw's appeal.

USAA said it won't comment because Shaw is suing, but it stands by its decision. USAA also said that overall, it pays what it owes on claims.

"Our finances have been hurt really badly. I mean, this is pretty devastating," Shaw said.

Shaw was selling his home before the mess, but ended up letting it go for more than $200,000 less than it is worth.

If you rent out a property, make sure you have the proper agreements in place to revert utilities back into your name when tenants move out.

Make sure those agreements are current when your tenants move in and out.