Storage unit nightmare: How to protect your items 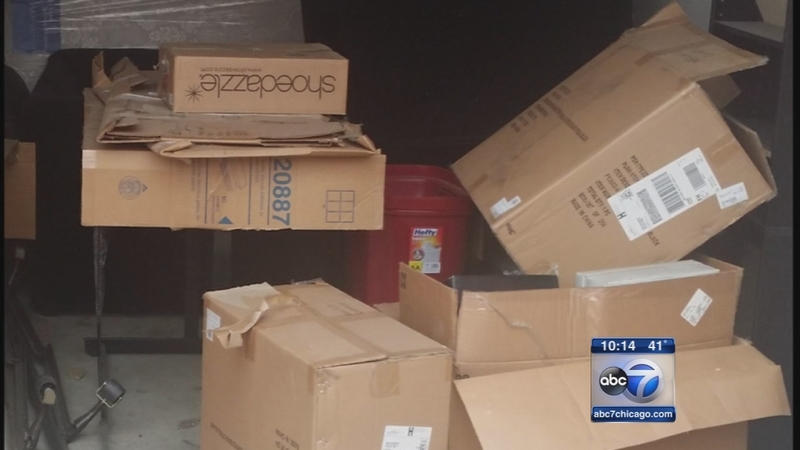 BRIDGEVIEW, Ill. (WLS) -- Storage units may seem like safe places to keep items, but the I-Team investigated a storage unit nightmare after the victim says dozens of her brand-new items are gone.

The I-Team found the suburban facility had a record of break-ins, and how you can protect your valuables.

"I actually picked them because I thought they were a big company and I thought my things will be safe here," said Megan Wintersmith who had her belongings stolen from a storage unit.

Now, Wintersmith mostly has empty boxes inside her storage unit at a Public Storage in southwest suburban Bridgeview. She recently went to the facility to retrieve her belongings to move into her new home.

"And when I came back to pick my things up this month, my unit was totally trashed," Wintersmith said. "All my boxes were opened and all my new belongings were missing."

She had stacks of receipts and a police report that said her unit was full of new items worth $7,000, including a flat screen TV, kitchen appliances and new bedding, as well as, older-but-valuable furniture.

"I work two jobs to help support my daughter and my grandbaby and you know that's a lot of money down the drain that I spent trying to get my house ready, and now I have nothing," she said.

Wintersmith has rented the unit since March 2014 and said she's shelled out $3,000. She admits to being late on one month in August. However, before she caught up in September, her lock was cut and replaced by a Public Storage lock.

In a police report, Wintersmith said that the lock was not properly secured and her old lock was broken on the ground. The police report also said there were "no security cameras" that could assist in finding an offender or suspect.

"I said, 'Well, can we roll back to surveillance and see maybe who went in there?' She said, 'We have surveillance but they have not worked in years,'" Wintersmith recalls.

The facility does have a gate which requires a code, but the I-Team found other thefts at the same facility. Bridgeview police said there were three thefts in 2014 and three so far this year.

A Public Storage manager declined to comment, directing the I-Team to the company's headquarters in California. Several calls and an e-mail were not returned.

Shimon Mery, an expert at Non-stop Locksmith, said storage users should make sure a working camera is facing their unit. Mery also said a user should ask if the facility is staffed by 24-hour security personnel and, most importantly, be careful about choosing a lock.

"Padlocks would be very easy to open with just a bolt cutter," Mery said. "So you want to always use a cylinder, cylinder cold lock, that you really have to enter the key and you cannot cut it with a bolt cutter."

However, the lock that Public Storage placed on Wintersmith's unit was similar to the one suggested by the expert and locksmiths say any lock can be broken by a determined criminal.

"I'm just very angry about it, and for them not to talk to me at all, I feel like I'm owed something, and explanation, no sorry, no anything," Wintersmith said.

Wintersmith has a $5,000 insurance policy from another company that she purchased through Public Storage. She said her claim was recently approved.

Some newer storage facilities are Wi-Fi enabled so you can set up your own camera. However, the most cost-effective defenses are those cylinder locks and a facility with working cameras.