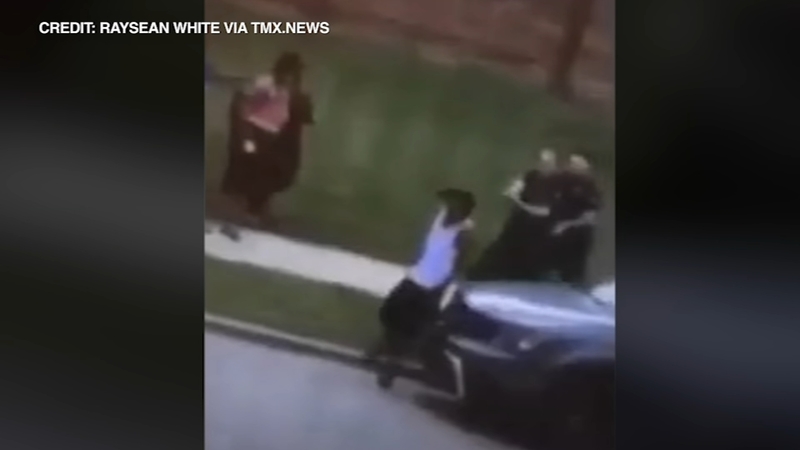 The Wisconsin Department of Justice is leading the investigation into the incident, and previously said police responded to the 2800-block of 40th Street Aug. 23 after a female caller said her boyfriend was not supposed to be on the premises.

During the incident, police tried to arrest Blake. Officer Rusten Sheskey deployed a Taser in the process, which did not stop Blake, the DOJ said.

Kenosha police Officer Vincent Arenas also deployed his Taser, but that attempt also was not successful in stopping Blake, according to the DOJ.

As Blake walked around his vehicle and opened the driver's-side door, Sheskey grabbed his shirt and shot him in the back seven times.

No other officer fired a gun.

"The altercation, and remember that I'm not aware of the details of this, is that there was some resisting as the basis of that contact and the arrest, so that's what changed the dynamics of it," said Kenosha Police Chief Daniel Miskinis.

Blake later told police he had a knife in his possession, and a knife was found on the vehicle's driver's-side floorboard, Wisconsin officials said. No other weapons were found in the vehicle.

The involved officers have been placed on administrative leave.

The Wisconsin DOJ said they aim to have a report about the incident delivered to the prosecutor within 30 days.

A few days ago the police officer's union in Kenosha urged Wisconsin Governor Tony Evers and the public not to rush to judgement in this case. Now as public pressure builds for action against the officers and their superiors, even stronger pushback is coming from the union in a statement that disputes much of the narrative that is out there.

After Blake's family reported he was handcuffed to his hospital bed Thursday, despite being reportedly paralyzed from the waist down and unable to move due to his injuries, his attorney confirmed Friday the shackles had been removed.

"He's being guarded because he's under arrest and it was for an outstanding warrant for third degree sexual assault," Kenosha Police Chief Daniel Miskinis said Friday.

But Friday afternoon, Blake's lawyer told ABC News that the cuffs have been removed. The lawyer said the felony warrant out for Blake before Sunday's shooting has been vacated.