Emergency curfew in Kenosha in effect from 8 p.m. Monday to 7 a.m. Tuesday

KENOSHA, Wis. (WLS) -- Protests turned violent again in Kenosha Monday night after police shot an unarmed Black man several times in the back in front of his children.

While protests began peacefully, tensions escalated as an emergency curfew took effect at 8 p.m. It remains in effect until 7 a.m. Tuesday.

As agitation grew on both sides, protesters re-ignited a dump truck that had been lit on fire the night before.

Leaders across Wisconsin called for both peace and justice after Jacob Blake, 29, was shot multiple times Sunday as he leaned into his SUV with his young children inside.

Video of the shooting was posted on social media, sparking protests and violence. People set cars on fire, smashed windows and clashed with officers in riot gear.

The shooting happened after 5 p.m. Sunday in the 2800-block of 40th Street when officers responded to a domestic incident, according to the Kenosha Police Department.

In the video posted earlier on social media that appeared to show the shooting from across a street, three officers could be seen shouting and pointing their weapons at Blake as he walked around the front of a parked SUV. As Blake opened the driver's side door and leaned inside, one officer grabbed his shirt from behind and then fired into the vehicle.

Blake's family said he is now being treated at a Milwaukee hospital, where he is in stable condition.

Neighbors confronted law enforcement at the scene and then crowds started marching in the streets. They headed to the Kenosha County Public Safety Building, which authorities had mostly blocked off.

Protesters faced off with officers who were dressed in riot gear that included plastic face masks. Officers held plastic shields and batons that they occasionally used to push people back.

While many people protested peacefully, others chose violence. Police used pepper balls in the confrontation. Several garbage trucks were set on fire. Protesters also spray-painted on the Kenosha County Courthouse. A fire was started in the ground floor of the courthouse.

By late Sunday, there were reports that some people lit several dump trucks on fire, smashed cars, broke windows, and threw bleach bombs as crowds faced off with law enforcement.

Officers in riot gear stood in lines and SWAT vehicles remained on the streets to move people away from city buildings despite the declaration of an overnight curfew.

Tear gas was used to disperse groups of people, according to reporters at the scene.

A used car lot was burned and businesses along 6th Street had shattered windows and a restaurant that had been closed for a few years was burned down.

In the aftermath of destruction and anger caused by people upset with Blake's shooting, the town of 100,000 tried to make sense of what happened overnight and increase the pressure on local police.

"We are gonna do a protest, and we're not just gonna be here and leave. We are gonna be here every day until these officers are arrested and prosecuted," said Clyde McLemore, with Black Lives Matter, Lake County, Illinois.

Several neighbors joined with local and Chicago-based activists to denounce the shooting.

Dozens of cars in the downtown district were set on fire overnight and businesses were looted. Local commercial leaders who own corner buildings on the main thoroughfare sympathized with the anger.

"I think the police went too far," said Michael Thomey, with the Kenosha Downtown Business District Committee. "If he went in our neighborhood and did something like that, I think the police would've just pulled him out of the car, put some handcuffs on him and gotten to the bottom of it right there without this violence."

Kenosha police for the most part kept a low profile the day after the shooting, but their union president said in a written statement: "... Anytime deadly force is used, our hearts go out to those affected by it. We assure you an independent investigation is being conducted. As always, the video currently circulating does not capture all the intricacies of a highly dynamic incident. We ask that you withhold from passing judgement until all the facts are known..."

"They could have Tased them," said Alyssa Martin, 18, Blake's neighbor and a Black Lives Matter protester. "They could've done any other thing to stop him and they shot him seven times in the back."

"People are mad, people are upset. And there's a lot of reasons for that, a lot of good reasons for that," said Kenosha Mayor John Antaramian. "But in the end, the only way this country, this community survives, is if we learn to listen. And right now I'm afraid we're having trouble doing that."

Some Kenosha residents are shocked...while others are not.

"I'm born and raised here and it's never been like this," said resident Claire Pauschert.

"When there is not equality in our country, what else can you possibly expect?" said Kenosha resident Kate Gallion. "People are hurting. Why would they behave this way if they were not hurting?"

A state of emergency has been declared and a curfew will be in effect at 8 p.m. east of I-94. The curfew will remain in effect until 7 a.m.

Wisconsin's Lt. Governor Mandela Barnes called what happened in Kenosha, familiar violence to far too many.

"The officer's deadly actions attempted to take a person's life in broad daylight and like many of you, the video is etched into my mind," Lt. Gov. Barnes said. "The irony is not lost on me that as Jacob Blake was actually trying to de-escalate a situation in his community but the responding officer didn't feel the need to do the same."

Gov. Evers condemned the shooting Sunday night saying in a statement that "while we do not have all of the details yet, what we know for certain is that he is not the first Black man or person to have been shot or injured or mercilessly killed at the hands of individuals in law enforcement in our state or our country."

Speaking Monday afternoon, Governor Evers has called for a special session of the legislature to work on a package that includes community violence interruption and use of force by law enforcement and other measures.

"We must begin the long but important path toward ensuring our state and our country start to live up to our promises of equity and justice," Evers said. "I am urging the Legislature to rise to this occasion and give this special session the urgent and productive effort this moment demands and that the people of Wisconsin deserve."

The Blake family's attorney Ben Crump released a statement saying, "I have said all along that although we must offer our empathy, equally important is our action. In the coming days, we will demand just that of elected officials in our state who have failed to recognize the racism in our state and our country for far too long.

"We all watched the horrific video of Jacob Blake being shot in the back several times by Kenosha police. Even worse, his three sons witnessed their father collapse after being riddled with bullets. Their irresponsible, reckless, and inhumane actions nearly cost the life of a man who was simply trying to do the right thing by intervening in a domestic incident. It's a miracle he's still alive.

"We will seek justice for Jacob Blake and for his family as we demand answers from the Kenosha Police Department. How many more of these tragic "while Black" tragedies will it take until the racial profiling and undervaluing of Black lives by the police finally stops?"

The Wisconsin Department of Justice Division of Criminal Investigation released a statement saying they are leading the investigation.

The statement said in part, "Law enforcement immediately provided medical aid to the person who was shot. Flight for Life transported the person to Froedtert Hospital in Milwaukee. The person is in serious condition.

"DCI is continuing to review evidence and determine the facts of this incident and will turn over investigative reports to a prosecutor following a complete and thorough investigation.

"If members of the public have any further information regarding this incident, please contact law enforcement.

"There has been speculation on social media about the identities of those involved in this incident. The public is advised to await identifying information from an official source.

"No additional details are currently available."

Kenosha Professional Police Association President Pete Deates released a statement saying, "Anytime deadly force is used, our hearts go out to those affected by it. We assure you an independent investigation is being conducted by the Wisconsin Department of Justice, Division of Criminal Investigation.

"Until that investigation is completed, we ask that you withhold prejudgment about the incident and please let process take place. Governor Evers' statement on the incident was wholly irresponsible and not reflective of the hardworking members of the law enforcement community, not to mention the citizens of the City of Kenosha.
As always, the video currently circulating does not capture all the intricacies of a highly dynamic incident. We ask that you withhold from passing judgement until all the facts are known and released.

"We, along with the citizens of the great City of Kenosha, ask for peace and to let the process play out fairly and impartially." 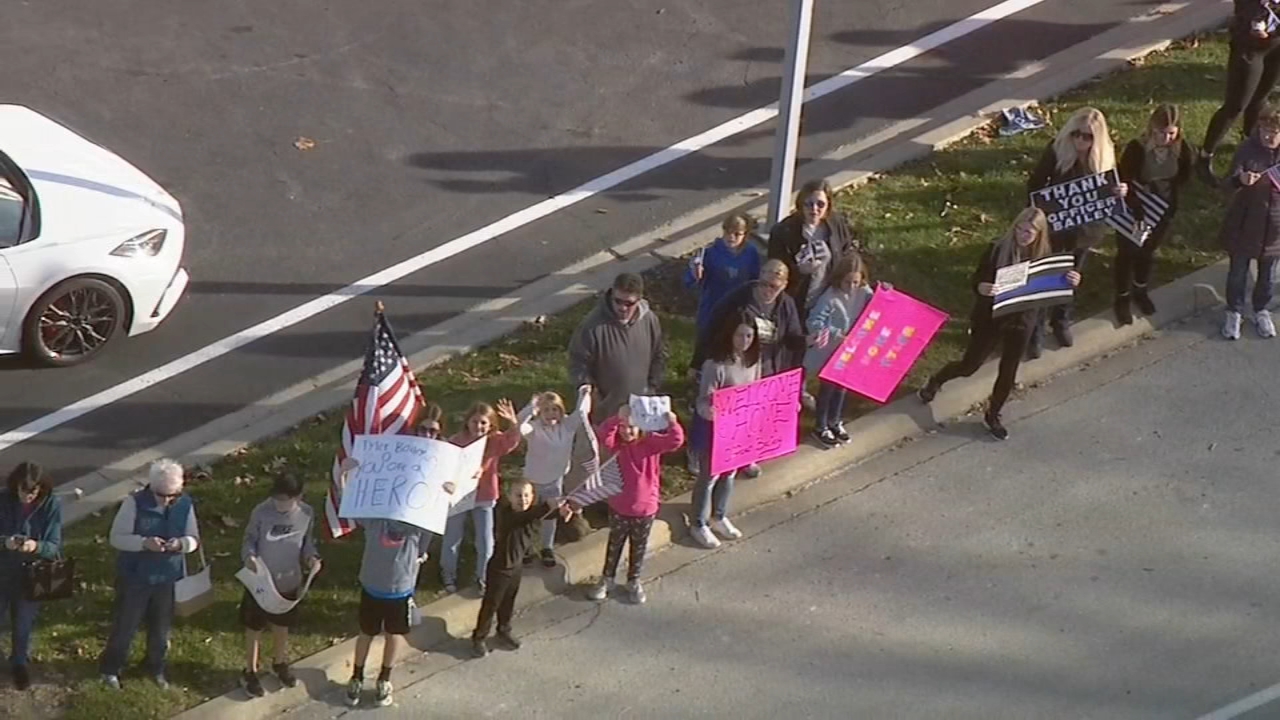 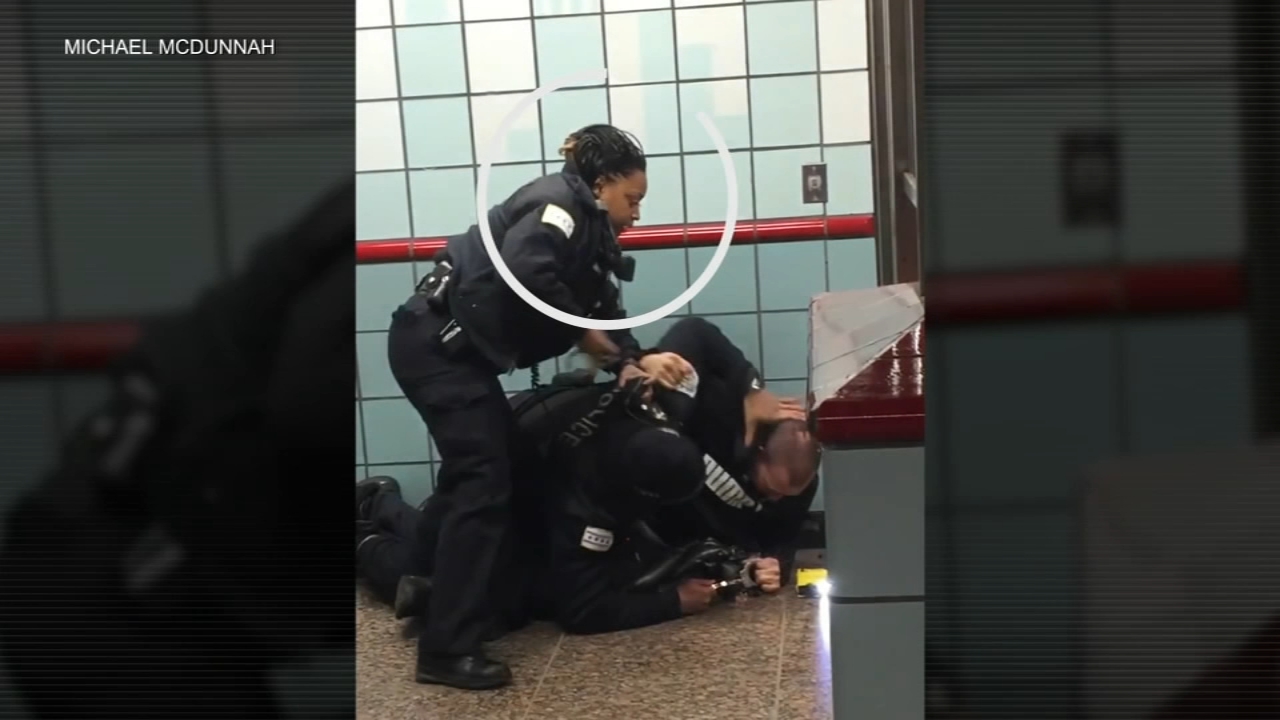