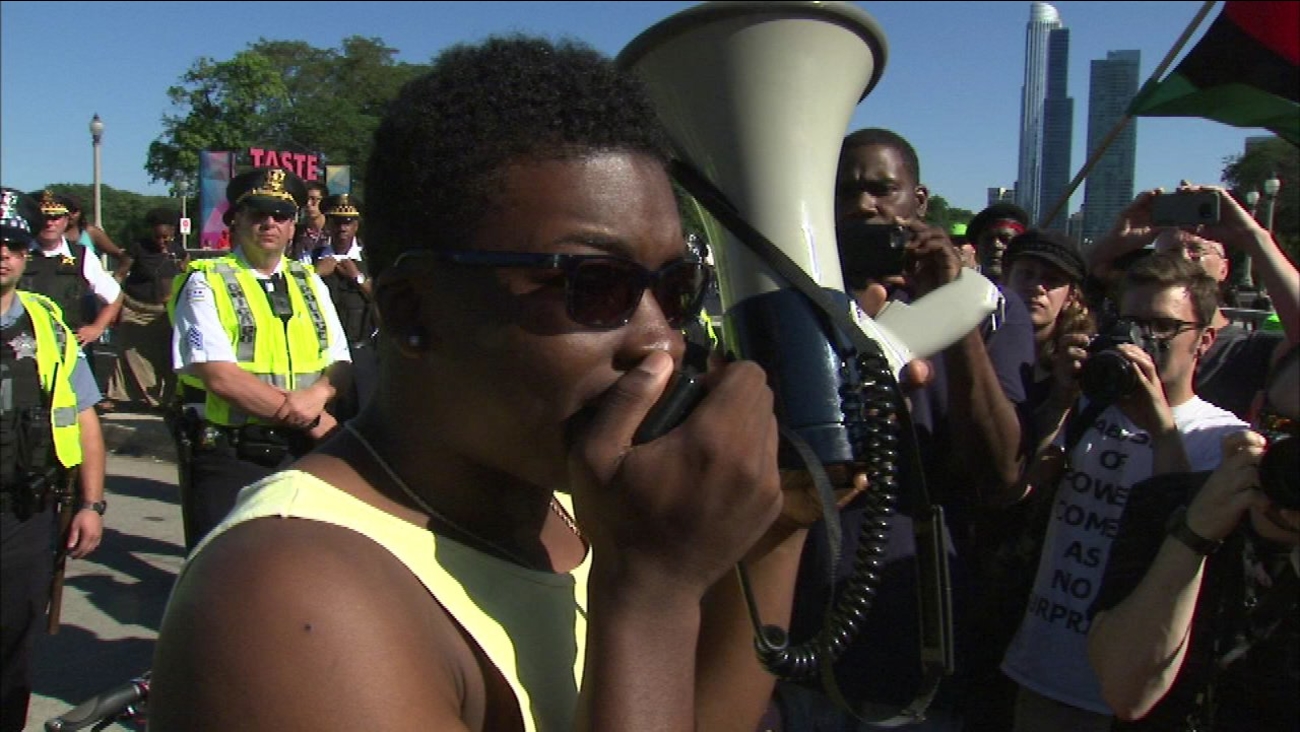 CHICAGO -- Chicago activist Ja'Mal Green is off electronic monitoring after a court hearing Tuesday. He is also allowed to post on social media.

Green was arrested earlier this month at a demonstration against police shootings.

He is charged with hitting a Chicago police officer and trying to take his gun.

But on Tuesday, a judge agreed to lift Green's curfew after his lawyer submitted letters from several supporters, including Father Michael Pfleger.

"He has never in any way expressed any kind of violence," Father Pfleger said. "He's a young man of good character. I work with him. He's attended church from time to time. He works with us right now in a summer program and I have a lot of confidence in him."