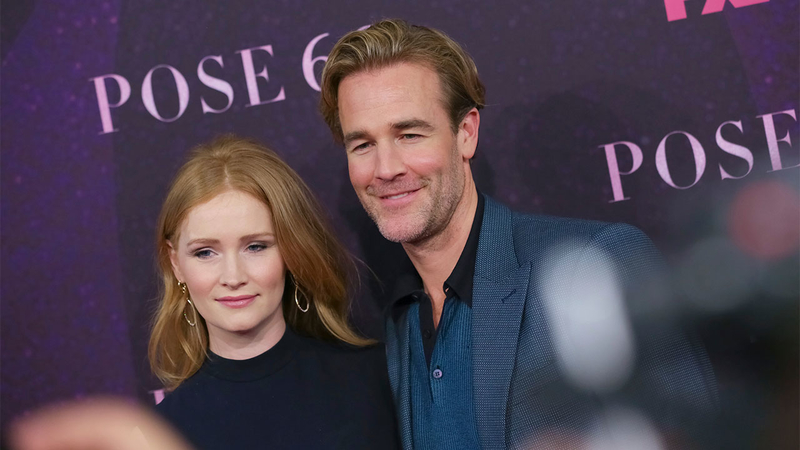 "The little soul that we had expected to welcome into our family took a shortcut to whatever lies beyond," Van Der Beek said in a pre-recorded segment of "Dancing With the Stars."

On her Instagram story, Kimberly Van Der Beek said the child who passed was a boy. She said that she "almost lost her life" but explained that she was not yet ready to "dig into the details with you guys about what happened in the emergency room."

The actor added in an Instagram post that he and his family were "wrecked," "devastated" and "in shock."

"We've been through this before, but never this late in the pregnancy, and never accompanied by such a scary, horrific threat to @vanderkimberly and her well-being," he wrote. "Grateful that she's now recovering, but we've only just begun unpacking the layers of this one."

Van Der Beek said he had planned to drop out of "Dancing with the Stars" after the miscarriage but his wife encouraged him to continue. In a heartbreaking turn of events, though, Van Der Beek and his partner Emma Slater were eliminated from the show Monday evening.

In his Instagram post, he thanked the "friends and co-workers (and dance partners) who have shown up for us so beautifully during this time" and added that he and his family are "grieving AND counting our blessings today."

The couple was married in 2010 and are parents to Olivia, 9, Joshua, 7, Emilia, 3, Annabel Leah, 5, and Gwendolyn, 1. They had announced in October that they were expecting their sixth child.

In that pregnancy announcement, Van Der Beek also mentioned the three miscarriages Kimberly suffered in the past in an effort to decrease the stigma attached to miscarriage.

"Miscarriage (a word that needs a replacement -- nobody failed to 'carry,' these things sometimes just happen) is something that people rarely talk about, and often go through in secret. But there needs to be zero shame around it, or around giving yourself the time and space to grieve," he wrote in his post.