Naperville man charged in January 6 attack on US Capitol 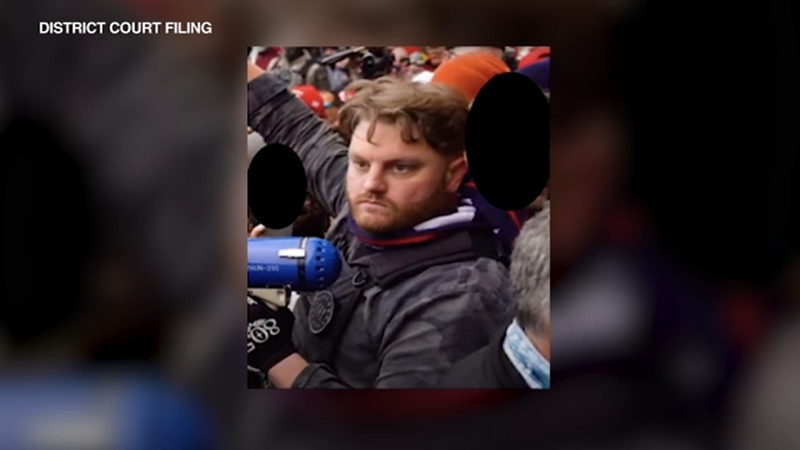 Naperville man charged in Jan. 6 attack on US Capitol

CHICAGO (WLS) -- The I-Team has learned a previously unknown player from Illinois has been charged in the Jan. 6 U.S. Capitol attack.

Anthony Antonio had been living in Naperville prior to the insurrection.

Federal investigators said when Antonio grabbed a bullhorn on the steps of the Capitol on Jan. 6 he was wearing a bulletproof vest as he announced "this is a peaceful protest now."

He had also just yelled at police officers: "1776 all over again." He is also quoted in the federal complaint saying, "You want war. We got war."

Prosecutors point to social media video of Antonio, appearing to be a leader on the steps of the Capitol, before the doors and windows were breached and insurrectionists took over the nation's center of power.

In the federal complaint against Antonio, authorities said a photo shows him carrying a furniture leg, they say was taken from the ransacked congressional office.

After the melee wound down, federal investigators said Antonio appeared in an internet interview and recounted what he had just done.
"We wanted to talk to you. You don't want to talk to us? This is how we do it. 1776 is back," he said.

The FBI plastered his picture on a wanted flier and said witnesses called to report that the man in the photo was from the Chicago area, specifically, Naperville.

In the criminal complaint, authorities show numerous other pictures of the man they say is Antonio, many taken from police body cameras.

Even though federal agents say he has an Illinois driver's license, had been living in Naperville and was identified by Chicago area witnesses, he still hasn't been listed as being one of the Illinois insurrectionists from Jan. 6 because they said he was staying with his parents in Delaware immediately before the attack.

The 27-year-old Antonio is currently free on a signature bond from the Capitol attack charges. His next court date is next week in D.C.