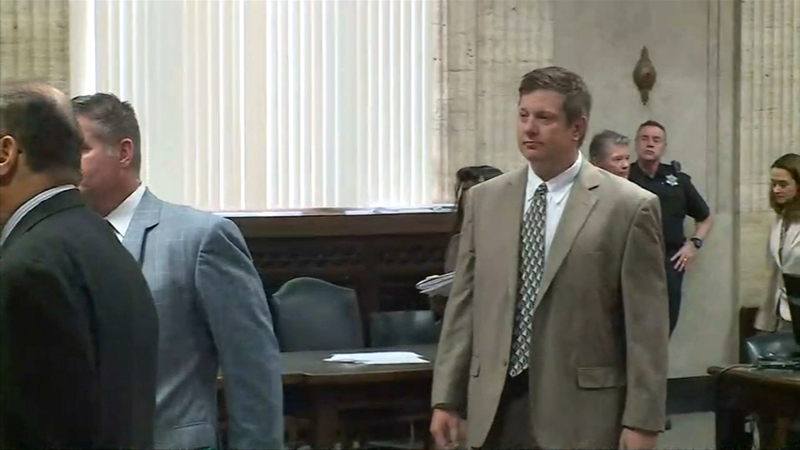 CHICAGO (WLS) -- The special prosecutor has filed a motion asking the judge in the murder trial of Laquan McDonald to revoke the bail of suspended police officer Jason Van Dyke.

A hearing will be held Saturday at 10 a.m. regarding the bail revocation.

Special Prosecutor Joe McMahon argues that Van Dyke is in indirect criminal contempt of court for speaking to the Chicago Tribune about the upcoming trial.

After years of court appearances, Van Dyke made his first public comment Wednesday since the 2014 shooting.

Van Dyke also told the Tribune about the shooting.

"I never would have fired my gun if I didn't think my life was in jeopardy or another citizen's life was," he told the Tribune. "It's, you know, something you have to live with forever."

Those comments are listed in two motions against him. One motion requests Van Dyke be held in contempt of court for violating a gag order, and the other motion asks that his bond be revoked or increased.

Milan, who is also a former First Assistant State's Attorney for Cook County, explained that if the judge grants the motions, Van Dyke, who posted $150,000 of his $1.5 million bail for his release, could be taken into custody.

"The judge could hold in indirect contempt and take him into custody, or fine him because of that, and-or he could revoke his bond or increase his bond based on his conduct," Milan said.

Van Dyke's attorney issued a statement saying, in part, "This is a very sad day in case that has seen many firsts. The attempt to revoke or increase Jason Van Dyke's bond for exercising his First Amendment right is an egregious abuse of power."

McMahon declined to comment. He and other attorneys are also under that gag order.

Van Dyke was charged with murder after video of McDonald's shooting became public in 2015.