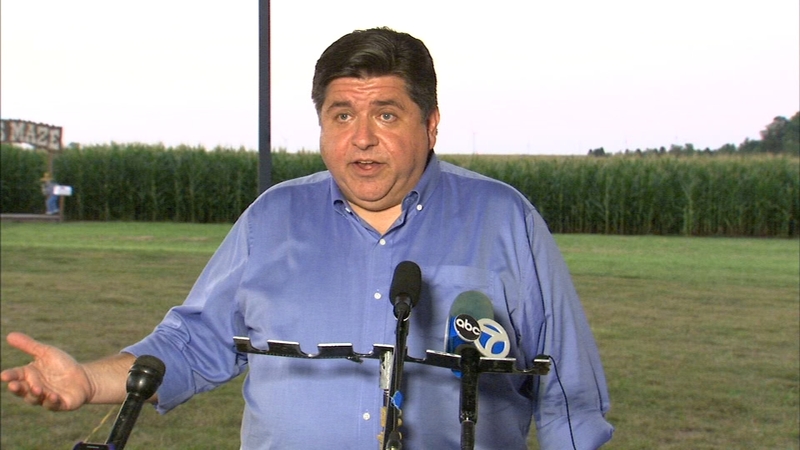 SPRINGFIELD, Ill. (WLS) -- JB Pritzker's push for a graduated income tax came under fire from Republicans Monday. They demanded he be specific about what those tax rates will be as they try to make potentially higher taxes a major campaign issue in the governor's race.

"Be honest with Illinois citizens, don't dodge, double talk is over. Illinoisans must know what your intentions are before you ask for their vote in November," said Jim Durkin, House Republican Leader.

Republican's accuse Pritzker of dodging the tax rates issue as they try to paint Democrats as the party that will raise the income tax after the November election.

With Governor Bruce Rauner trailing Pritzker in the most recent poll, Republicans are hoping this is an issue that will resonate with voters and help Rauner narrow the gap.

Pritzker said Illinois needs what he calls a more fair income tax structure, but has refused to say what his graduated rates would look like.

"I think you've got to negotiate this with the legislature, Republicans and Democrats. This is not just a single party issue," Pritzker said last week.

"What we're gonna be left with are a whole bunch of people making less and less money, providing less and less revenue in an economy that continues to stagnate. So whatever JB Pritzker is selling, I'm not buying it," State Rep. Steve Reick, (R-Woodstock).

"JB Pritzker's solution to Illinois' fiscal woes could not be any more simplistic. It is simply a higher tax burden on all of us. It is intellectually lazy approach to governance," said State Rep. Grant Wehrli, (R-Naperville).

The news conference was organized by Rauner's staff, an indication Pritzker and taxes will be another central theme to Rauner's campaign.

"I think on this issue alone he can win the election," said Bill Brady, Senate Republican Leader.