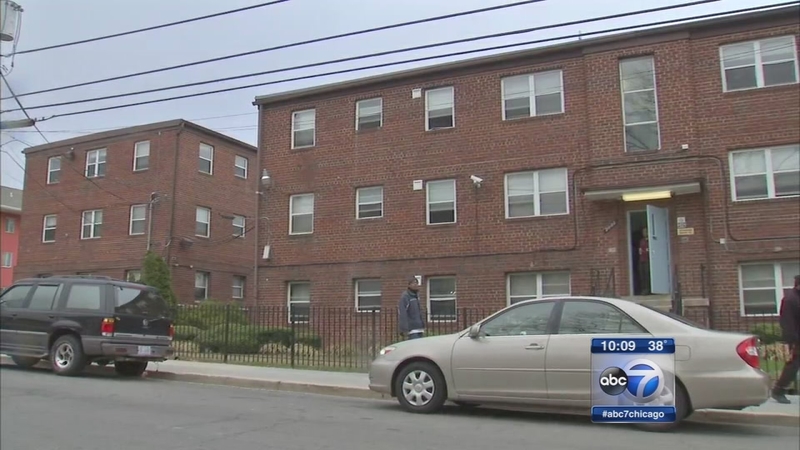 Jackson Jr. could be headed to DC halfway house

WASHINGTON (WLS) -- Jesse Jackson Jr. could be headed for a halfway house in the Washington, D.C. area, after he is released from federal prison in Montgomery, Ala.

The Jacksons haven't been at the center of a public scrum in almost a year-and-a-half, since the corrupt Illinois congressman was sentenced in 2013.

No one answered the front door of their D.C. townhome Wednesday night, where
wife Sandi and the couple's two children have lived as Jackson was doing his time.

It is possible that Mrs. Jackson - a former Chicago alderman waiting for prison herself - may already have left for Alabama with her children to reunite with Jackson Jr.

On Wednesday evening, the ex-congressman's brother, Jonathon, attended a
mayoral forum in Chicago, but didn't discuss the impending prison release.

When Jackson is freed Thursday, family members say they will accompany him to a halfway house in Washington, D.C. Hope Village is the only such facility in D.C.

"It's the largest halfway house in the United States of America. It has 363 beds, it's under served, it's understaffed. And to reintegrate successfully you need a job, housing, you need to be reunited with family members," said Courtney Stewart, a Hope Village activist.

Stewart says the more likely facility for jackson is actually 45 minutes north in Baltimore. The Volunteers of America facility is smaller, newer, and has hosted other convicted politicians halfway to freedom.

Stewart says when Jackson is completely freed in September, he'd like to see him work as an advocate for ex-cons.

"I would ask him to help us to bring light to a lot of problems we face because this is
supposed to be half-way in and half-way out, but the stipulations they make you go through, you still in an institution," Stewart said. "In fact, most of the individuals who come here prefer to stay in the federal Bureau of Prisons."

Jackson will have to serve 300 hours of community service and three years of probation once he ends his commitment with the Bureau of Prisons in mid-September.