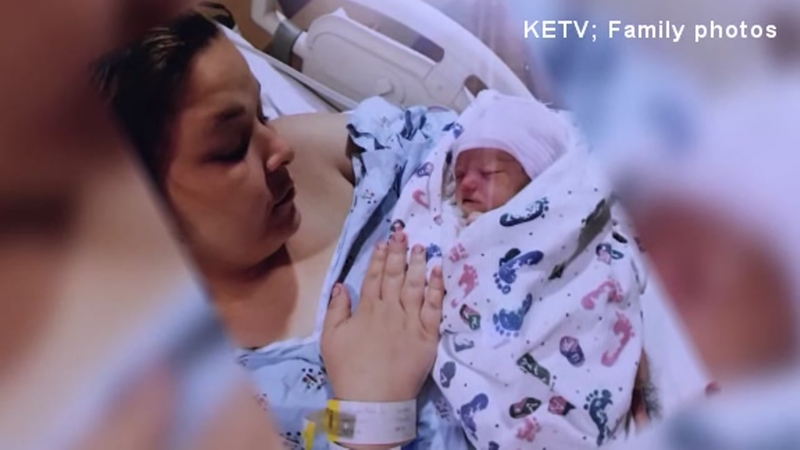 OMAHA, Neb. -- A mother in Nebraska is mourning the loss of her newborn daughter, which she delivered prematurely.

It's a tragedy that Joanna Coddington said could have been avoided.

When she couldn't get through, she called her mother's cellphone. And again, got no answer.

"My mom answered and I told her that I gave birth to the baby and she wasn't breathing," Coddington told KETV.
"I said call 911, and she said 'I'm calling but I keep getting a busy signal,'" Theresa Kerby, Coddington's mother, said.

Kerby raced home, calling 911 twice herself. She too got a busy signal.
So, she and Coddington raced to a nearby emergency room but it was too late.

"Nobody knows what the possibilities are if 911 could have came," Kerby said. "But the end result is the same and that's that baby Angel isn't with us."

Dave Sleeter, the county's 911 director, said they were working an influx of firework complaints that day.
"The next day, I learned it was mostly fireworks calls. Non-emergencies. That just infuriated me, because real emergencies, of life and death, were not able to get through. All because someone's sleep was inconvenienced," Kerby said.

The 911 study is now running a "traffic study" to see if any improvements can be made.

But for Coddington, that doesn't make her loss any easier.