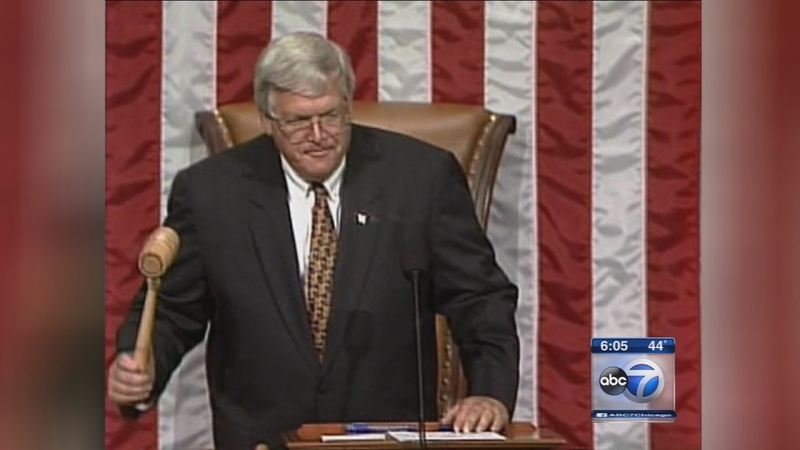 CHICAGO (WLS) -- Ahead of former U.S. House Speaker Dennis Hastert sentencing on Tuesday in a multi-million dollar hush money case, there are questions about where he got that much money in the first place.

For a rural teacher and high school coach, money seemed to grow on trees once Hastert went to Washington, D.C. Twenty years later, the former lawmaker came home wealthy enough to afford a $3.5 million dollar hush money deal brokered with a former student who says Hastert had molested him decades earlier when he was a suburban Yorkville educator.

The I-Team looked at how Hastert amassed a personal fortune.

In 2007 when he left Congress, Hastert was worth up to $17 million, based on some public disclosures. Much of his wealth came from Illinois farmland investments, one of which he bought for $2 million and more than doubled his money in a few years.

When Hastert left Congress, he was paid $2 million a year to work as a lobbyist for a prominent Washington firm, and picked up $205,000 in directors fees from the Chicago Mercantile Exchange.

During this time, federal investigators said Hastert also struck a deal with a man he had allegedly molested as a teenager to buy the man's silence about the sex abuse.

But it wasn't underage sex that ensnared Hastert. It was the federal banking laws he violated in making the hue money payoffs.

On top of Hastert's real estate and business income, he continues to collect pension payments financed by taxpayers - about $34,000 a year from his state legislature days, an almost $75,000 federal pension and a $16,622-a-year pension from Yorkville School District.

Even if Hastert is sentenced to prison time he will continue to collect his state and federal pensions because his crimes were not related to official government duties.

However, the I-Team has learned that Hastert's Yorkville teacher's pension will be revoked because the underlying sexual misconduct occurred when he worked for the Yorkville school district.