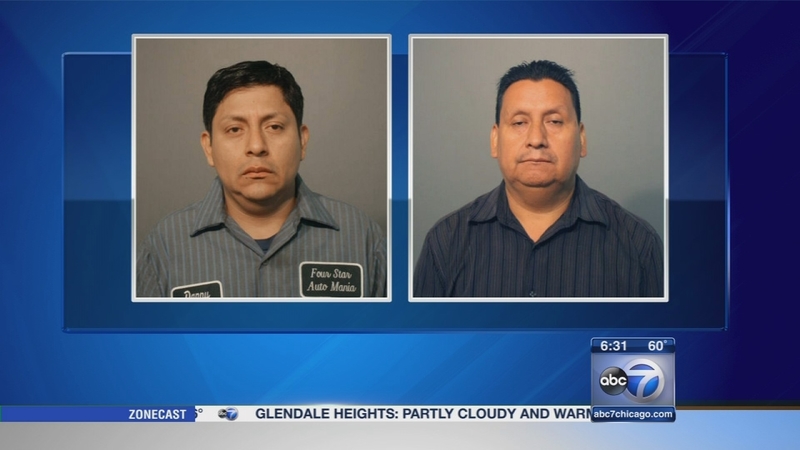 CHICAGO (WLS) -- Two men charged with kidnapping a 15-year-old boy and accused of abusing him, are due in court on Friday.

Police said the boy was handcuffed against his will and left alone in the basement of the family's business in the 3500 block of West Lawrence Avenue starting Monday, June 16 around 7 a.m.

They said he was struck with a belt, doused with buckets of ice water and bathed with a garden hose in the Albany Park building.

The victim's father, Jose Quilabaqui, 40, and godfather, Carlos Quizhpi, 53, have been charged with kidnapping. The boy's cousin, Diana Bermeo, expressed remorse for her uncle.

"He recognizes himself that it's wrong, too," Bermeo said of Quilabaqui. "But there's not much he can do about it. Now he's just in jail."

Bermeo said they were trying to discipline his cousin for running with the wrong crowd and, she said, for stealing money from a relative.

"My uncle, to protect him, he did what he could to prevent him from going out at night and avoid him dying out in the street," Bermeo said.

Police said the teen was able to escape on Monday, June 23, a week after the alleged abuse began. A worker at the business reportedly removed the screws on a back door. Police were called after the boy fled to a sibling's home.

The teen was treated and released from Resurrection Hospital. The 15-year-old is now staying with his older brother.