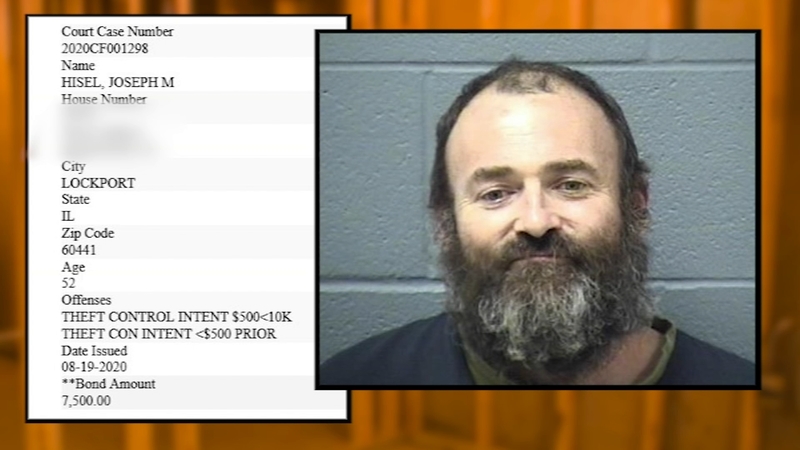 JOLIET, Ill. (WLS) -- Joliet contractor Joseph Hisel is facing new arrest warrants and new accusations from two customers who said they paid him for home renovations that were never completed.

Hisel has been the subject of multiple I-Team investigations, dating back to 2014.

"From the day the warrant was issued, Joseph Hisel has been on the run and we don't currently know where he's at," said Detective Sergeant Chris Altiery, Braidwood Police Department.

Hisel has been charged with and convicted of theft and home repair fraud, with accusations from many unhappy customers.

His two most recent charges are in Will County. A Braidwood resident said he gave Hisel a $975 down payment for a decking job in April but never heard from Hisel again so he turned to police.

"He got on Facebook and he found a company called Home Repairs for Less. He did the proper amount of vetting, he thought, looked into them and they appeared to be legitimate," said Altiery.

Altiery said Hisel signed his work-proposal "J.H.", so at first, police didn't know who they were dealing with.

"My victim in this case, says, 'Hey, I believe I know who this person is'. He comes into the police station, and he actually shows me a picture of Joseph Hisel from the ABC7 I-Team, when they did their story back in 2017. So he found his perpetrator," he said.

Hisel previously pleaded guilty in four other cases in various counties the Chicago area, all for theft and home repair fraud.

One of them was a 2017 DuPage County case in which Hisel was sentenced to two years in prison for a Class 3 felony conviction of "theft by deception with intent to deprive." The judge said he gave a harsher sentence because Hisel took off after an original 60 day sentence. He was later caught in West Virginia.

"He's kind of well-known by everybody around here because of the media attention that he got back in 2016 and 17," Altiery said.