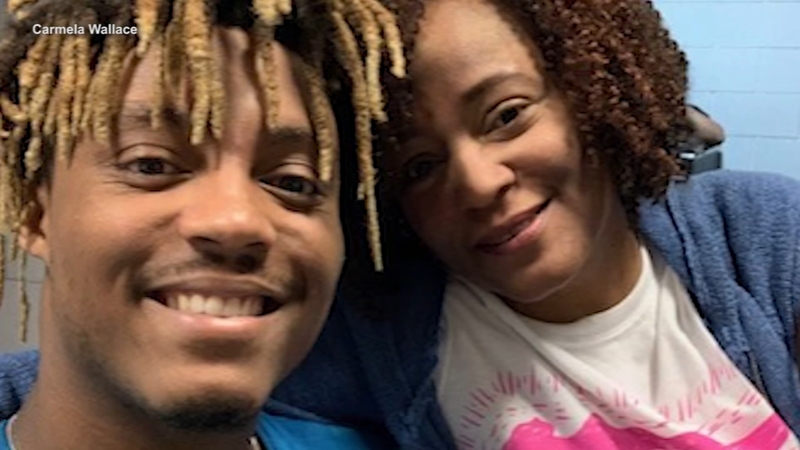 CHICAGO (WLS) -- Carmela Wallace, mother of rapper Juice WRLD, said she is learning to cope with her son's 2019 death.

"I'm learning just to cope. I'm learning to take it a day at a time, honor his memory. He would want me to be happy, he would," Wallace said.

SEE ALSO | 'My biggest fear was him overdosing': Juice WRLD's mom speaks out for 1st time, hopes rapper's death is lesson for others

The rapper's mother said she wants his life to motivate those coping with addiction and mental health to get help before it's too late.

"Jarad was a before-and-after-school kid. Summer camp, I had him in everything just to keep him busy," Wallace said. "Growing up in grade school with ADD, it was a struggle. So when he made it to the point at Juice WRLD, I said, 'I get it.'"

Wallace said her son loved her and she loved him too.

Wallace started the Live Free 999 foundation. There's a crisis text line and free support services for those in the same pain her son suffered.

The new HBO film "Juice WRLD: Into the Abyss" is a portrait of his talent and demise. Wallace was an executive producer for the film.

"I wish I knew it was as serious as it was," Wallace said. "And a lot of people around him not really doing anything, enabling him. That was difficult to watch."

Wallace said her life has changed significantly through the foundation and producing the film.