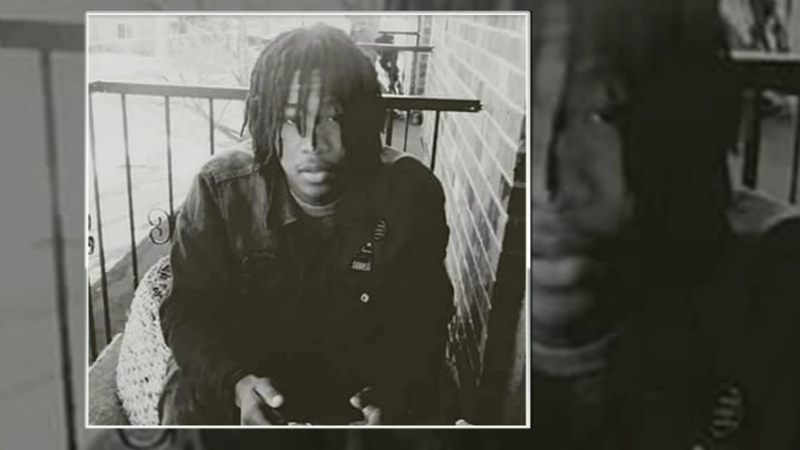 ZION, Ill. (WLS) -- With protests against police misconduct continuing across the nation, the family of a teenager fatally shot by a Zion police officer is hoping his case will get a second look.

Community members joined the family of Justus Howell in calls to reopen the case on Thursday.

The 17-year-old was killed back in 2015 during a foot chase involving officer Eric Hill. A jury ruled in favor of the officer and the city in a civil lawsuit.

Howell's mother, LaToya Howell, is leading the fight for justice.

"I am here demanding that the state's attorney reopen my son's case," LaToya Howell said on Thursday.

Howell was killed by the officer during a foot chase after he allegedly stole a gun. The shooting was captured on surveillance video.

Investigators say the officer feared for his safety after the teen turned slightly toward him. Prosecutors determined the shooting was justified.

"His first shot hit the right shoulder. The pain called him to wince," Rudd said. "He heard it from the left side and then got the killing, the shot. He shot the kid before seeing the so-called alleged gun."

"The injustice here is plain to see," LaToya Howell said. "Justus was not a threat. He was demonstrating his God-given right to run in the face of fear. Yet the murder of my unarmed black high school junior was justified."

"The result of an independent investigation into the officer involved shooting that ended with the death of Justus Howell shows the officer was justified in his use of deadly force," Nerheim said. "While I understand this decision is difficult for the friends and family of Justus Howell to understand, people should take the time to review the entire case file listed on our website."

Supporters of reopening the case say they're going to continue to speak out about what happened to Howell.

"We want to make sure that this matter stays front and center all over this nation, all over the globe because they deserve justice," said Bishop Jerome McCorry, of the National Congress on Faith & Social Justice.