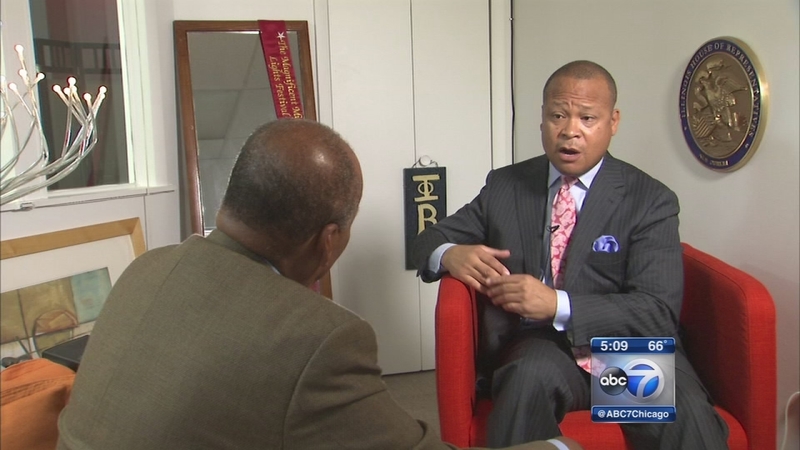 In his 12 years as a state lawmaker, Dunkin, a democrat, has never felt this kind of political heat. Last week he angered House Speaker Michael Madigan, Illinois' most powerful Democrat, by not showing up for the vote. Madigan was left short of the 71 votes needed to override Republican Governor Bruce Rauner's veto of a bill that would have removed Rauner from negotiations with state worker unions.

"Had Mr. Dunkin been here, there would have been 71 democrats voting to override," Madigan said on September 3, 2015.

"He's this omnipotent Speaker that controls and runs all. Why should I wear the jacket?" Dunkin said.

"When one guy breaks off the plantation it's got to make a lot of people in Springfield nervous, real nervous," Jackson said.

Governor Rauner says he did not ask Dunkin to miss the override vote, but admitted he and the South Side democrat talk frequently.

"He and I share a passion around economic empowerment, especially in the black community," Rauner said.

"If this governor wants to work with me, I'm working with him," Dunkin said.

Dunkin--a former Legislative Black Caucus chairman--says he is looking for common ground where Governor Rauner's "turnaround agenda" intersects with what says should be a turnaround agenda for the state's struggling African-American community.

"Today is the time that we have to take charge of our own destiny here," Dunkin said.