The US is throwing away at least 3,500 donated kidneys every year, study finds 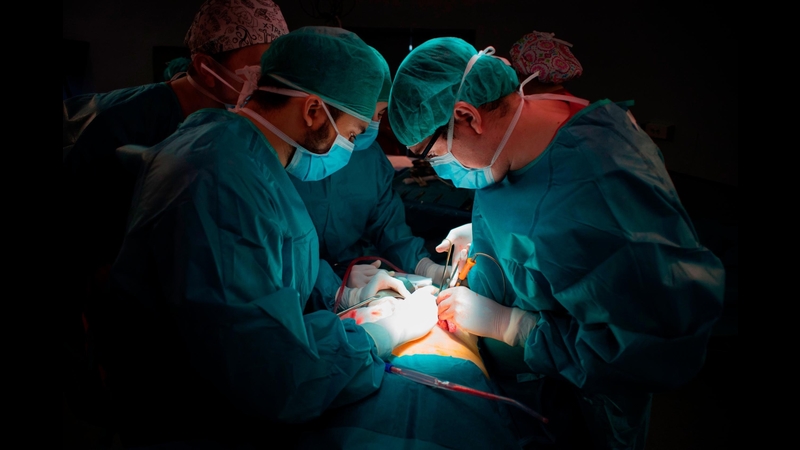 The US is throwing away at least 3,500 donated kidneys every year, study finds

There are currently 93,000 people in the United States on a waiting list for a donated kidney, yet at least 3,500 donated kidneys are discarded every year, according to a study published Monday in the journal JAMA Internal Medicine.

The lack of organs for kidney failure patients is a major public health problem and one that President Donald Trump addressed in July when he signed an executive order promising to transform kidney care in this country.

More than 37 million Americans have chronic kidney disease and roughly 5,000 die each year while on the kidney waiting list. That's about 12 people each day, making kidney disease the ninth leading cause of death in the United States, reported CNN.

In this new study, researchers looked at the number of deceased donors with organs offered to kidney transplant centers between 2004 and 2014. Over that time period, 156,089 kidneys were donated; 128,102 were transplanted; 27,987 were discarded. That means more than 17% of kidneys donated in this United States were discarded.

In comparison, in France, only about 9% of donated kidneys were discarded during the study period. The difference was because, in France, doctors were more willing to use older kidneys and kidneys from people who had other ailments such as diabetes or hypertension.

Research has found that new treatment approaches to manage the complications of donated organs make the transplant even of a lesser quality organ, a better option than dialysis, but US policies haven't kept up.

One of the main drivers of this trend, the authors say, is that there is "intense regulatory scrutiny of US transplant programs, which may lose credentials if their one-year death and graft failure outcomes exceed predicted outcomes." In other words, if the organ isn't in the best shape, transplant centers may be risk averse and reluctant to take a chance.

There are several other reasons a kidney would be discarded. It could be in bad shape, there could be an abnormal biopsy on the organ, or some other physical issues. But there are also financial and regulatory reasons that they get discarded. An older kidney or one with comorbidities costs more to transplant, because a patient is hospitalized longer and it takes a patient longer to recover.

Some regions discard more kidneys than others, the study said, suggesting that a decision to keep or discard a donated organ is at least somewhat subjective.

A 2016 study of discarded kidneys deemed unfit for transplant was reviewed by a panel of transplant experts that found as many as 50% of the kidneys that were discarded could have been transplanted, according to the National Kidney Foundation.

To address this issue, the United Network for Organ Sharing (UNOS) -- which governs the transplant system in the United States -- created a kidney donor profile index that's been used since 2012. The score predicts the survival of deceased donor kidneys. In 2014, UNOS changed the kidney allocation system so that lower quality kidneys can be offered to a wider region, but neither of these initiatives changed the rate of discarded organs. The number of discarded organs has actually risen to 20%, according to a study published in January 2019. It was 14.9% in 2006, and in some regions the discard rate is even higher than 30%.

For years, kidney advocacy organizations have called for a change in the standards used to determine if a donated kidney should be transplanted or discarded.

An invited commentary that accompanied Tuesday's study mentions that Europe uses an "old-for-old" approach, meaning an older kidney that may otherwise be rejected, might be a good fit for an older patient. Biopsies that are commonly done in the US may not be the best predictor of organ quality. Biopsies are less frequently performed in Europe. The commentary also suggests that regulations will need to change.

"It is recognized that the overly stringent and restrictive process of monitoring transplant programs in the United States has resulted in many transplant programs taking a risk averse approach," wrote Dr. Ryoichi Maenosono and Dr. Stefan G. Tullius of Brigham and Women's Hospital, in the commentary. "Hospital administrators and patients alike are attracted by superficial five-star ranking approaches that are easy to read but not necessarily reflective of the approach of individual programs aiming to provide their patients on waiting lists with the best opportunities."

The Centers for Medicare and Medicaid Services (CMS) has been considering eliminating some regulations that put these transplant programs funds at risk if the programs don't meet expected outcomes.

Kidney disease is a costly problem for the United States. The government currently spends more than $114 billion each year on patients with kidney disease. According to HHS Secretary Alex Azar, That is one-fifth of the spending of all Medicare dollars.