VIDEO: Kids ride on top of van cruising through neighborhood 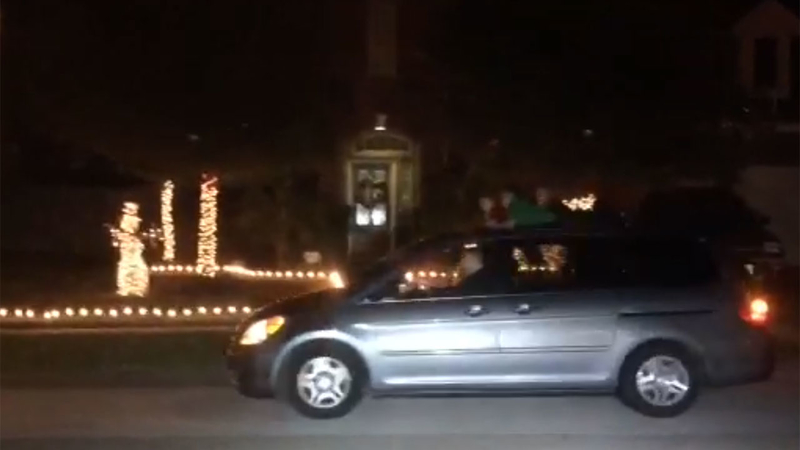 VIDEO: Kids ride on top of van cruising through neighborhood

LEAGUE CITY, Texas -- One League City neighborhood attracts people from all over with its homes decorated for the holidays.

But Tuesday night, as Jeremy Barron was headed home, he saw something he had never seen before.

"As I passed by them I saw the kids sitting on the roof and it just blew my mind,"said Barron.

Barron says he saw as many as three children riding on top of a minivan as it cruised through the neighborhood. He couldn't tell if they were restrained in any way. There were two adults inside. Barron has no idea who they are.

"I can't believe someone just put their kids on the roof of a car and just drive thru the neighborhood like that. It's insane," he said. He posted the video on Youtube.

Neighbors say they reported what they saw to police. A League City Police Department spokesperson says officers responded but were unable to find the vehicle.

Some wonder if the driver might let the kids do it again.

"I just think that's nuts. No responsible parent would ever put their child on the top of a vehicle," said resident Kara Butler.