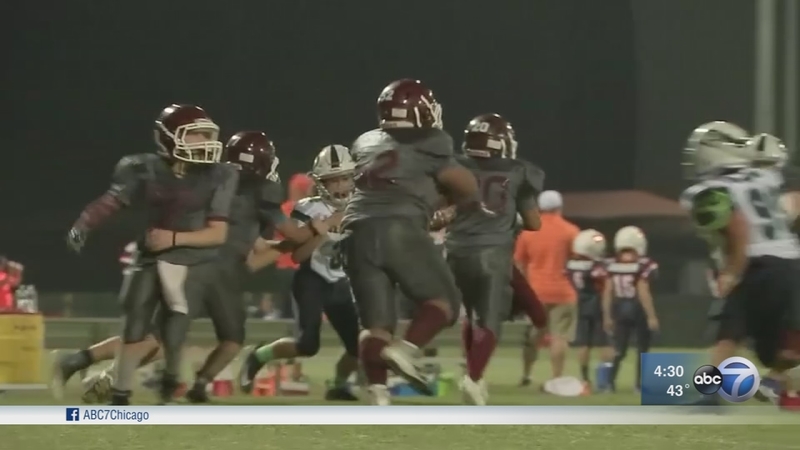 CHICAGO (WLS) -- A proposed Illinois law unveiled Thursday would ban kids under the age of 12 from playing tackle football.

Named the Dave Duerson Act for the former Chicago Bear, it would reportedly ban anyone under the age of 12 from playing tackle football in organized youth sports.

The proposed legislation is sponsored by State Rep. Carole Sente. If passed, Sente said Illinois would likely be the first state with such restrictions.

Duerson was a member of the Bears 85 Super Bowl team and a successful businessman after retiring from football. After his suicide in 2011, his family discovered many of his problems may have been caused by CTE, a brain illness caused repeated head trauma and concussions suffered while playing football.

Now, his family is behind an effort to keep young kids from hitting each other in tackle football.

"We have an obligation to protect children's futures, especially when we know how brain trauma can be prevented," said Duerson's son, Tregg Duerson.

Former Chicago Bear and Northwestern football star Mike Adamle believes he is suffering from the symptoms of CTE. He said if he could do it over, he's not sure he would have played football.

"Given what we know today and if I had to do it over again, certainly I would have not done something that would have put me in harm's way," said Adamle.

News that the bill would be announced has already drawn both praise and criticism from the parents of young athletes who feel like it's a government overstep.

"Public safety issues that have severe health implications, I think, the government does play a role, whether that's car seats or seat belts or smoking I think that the data at this point, for me, while it's not 100 percent, it's convincing," said State Rep. Carol Sente, D-Vernon Hills.

"Some parents are not comfortable having kids play football and that's OK, but many parents are and we want the parents to make that decision based off of the information that they have, not an Illinois law," said Mike Assaad, who runs the youth football program in Elmhurst.