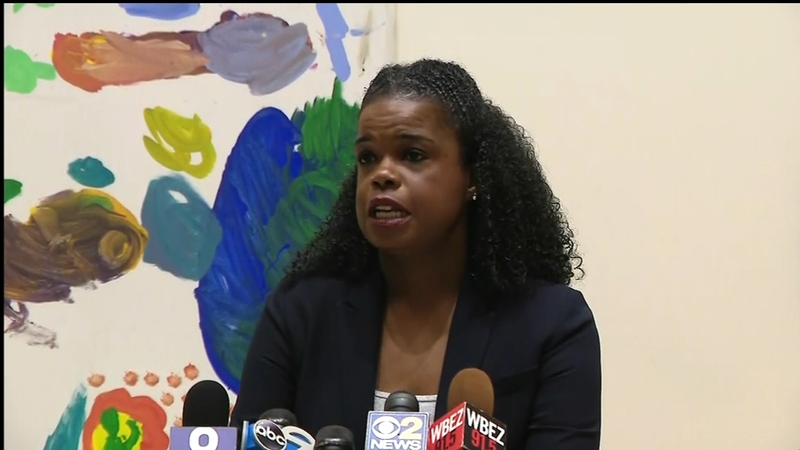 CHICAGO (WLS) -- Accusations are flying in the Cook County State's Attorney's race after incumbent Kim Foxx announced she would not take part in the ABC7 debate scheduled for later in October.

Thursday morning, her opponent Pat O'Brien accused her of dodging him and being soft on crime.

O'Brien is a former Democrat turned Republican candidate for state's attorney. He went on the Offensive Thursday in his uphill battle to unseat Foxx.

IN declining to participate in the ABC7 debate proposed for mid-October, the Foxx campaign spokesperson suggested O'Brien would resort to the tactics President Trump used in the debate with Joe Biden, saying, "Voters deserve to hear Mr. O'Brien's platform. However, we learned during the recent Ed(itorial) board interviews that the State's Attorney participated in with Mr. O'Brien, that he will instead use the time for Trump-like name calling and fear mongering."

"You can't interrupt people when they're giving answers. And if she's indicating somehow I did that the public record on both of the forums will show I didn't. As a matter of fact she was interrupting me," O'Brien said.

In August, after the most recent round of looting in Chicago, the Fraternal Order of Police endorsed O'Brien, donating $57,000 to his campaign.

A year and a half ago, the police union organized a rally against Foxx outside her office after she dropped all charges against actor Jussie Smollett.

The current and then-FOP Presidents said they had no knowledge that members of the Proud Boys, a white supremacist group, attended that rally until a later time. They denounced the right wing group, and Thursday so did O'Brien.

"If they favor racism and if they speak like racist. I'm against them. I don't want their support," he said.