Officers across US warn communities about 'knock-knock burglars;' 2 arrested in Park Ridge 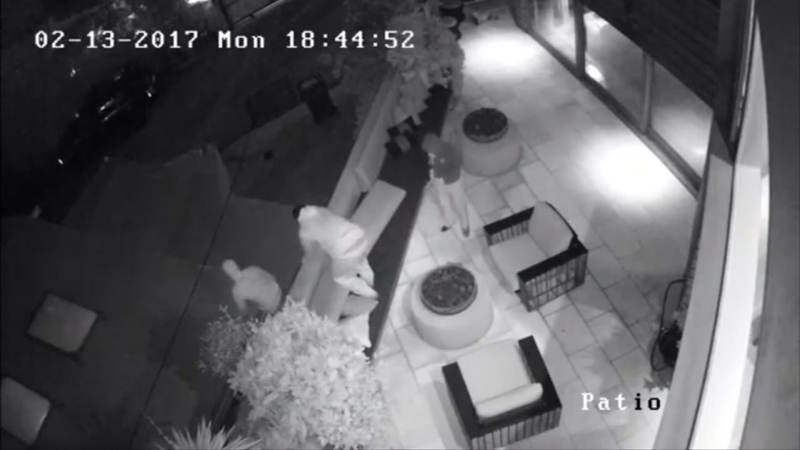 PARK RIDGE, Ill. -- Police departments around the country are warning people to be aware of so-called "knock-knock burglars."

On Thursday, March 9, some northwest suburban Park Ridge homeowners told police two people were knocking on doors, and when someone answered, said they were looking for a friend who, they thought, lived at that home. Officers arrived and were able to find two teen boys in the area of Talcott and Clifton who matched the description.

Officers learned that the boys, 15 and 17, both from Chicago, had alcohol. The two were taken into custody and were found to also have items similar to ones taken in recent burglaries.

Some of the items belonged to a home in the 900 block of South Delphia, which had recently been burglarized.

The juveniles were released to their family members pending a court date.

In February, police announced they were investigating five burglaries and three attempted burglaries between February 14-23 on the south end of the city, primarily south of Devon Avenue, between 7:30 a.m. and 6 p.m. with a concentration around lunchtime hours.
The term "knock-knock burglary" refers to a style of crime in which a burglar knocks on a homeowner's door to see if anyone is home. If the burglar receives no answer, then the burglars break in.
"They're very, very aggressive in trying to see if someone is home," Memorial Villages, Texas, Police Department Assistant Chief Ray Schultz said, "We've had several different crews come in. We had one, specifically, asking for the same person. They all wanted to see if a Mr. Fargo lived there."

In Memorial Villages, they started a policy prohibiting soliciting without a permit to make it more difficult for knock-knock burglars to pose as salesmen.
"Very often we can't prove what they're doing, but the fact that we go out there, identify them, know who they are, know what type of vehicle they're driving, they'll leave the area," Schultz said.

Three men were arrested this week in connection with a slew of "knock-knock burglaries" targeting affluent communities in the San Fernando Valley in southern California, according to authorities.

Los Angeles police said Daquinn Epps, Daejohn Clark and John White were arrested in Chatsworth during a home break-in on Feb. 13.
Detectives said the homeowner called police after watching live video of the break-in from a surveillance system.

Epps, Clark and White were organized and targeted affluent homes in communities throughout the west side of the San Fernando Valley, according to investigators.

Police said the suspects would knock on the front door to determine if a home was occupied. Once they determined it was unoccupied, authorities said the suspects would break-in through a back or side door and ransack the home for money, jewelry and firearms.
The suspects were also known to disable security alarms and steal unbolted safes, according to officials.
Authorities estimated the burglars could be in and out of the home within five minutes.

Police said there were more than 1,000 burglaries in LA's West Valley area during 2016. Detectives estimated that 250 of those burglaries were committed by organized knock-knock burglars.

While the suspects were arrested, that doesn't mean knock-knock burglars remain behind bars for long.

"They do have a kind of gangster bail out bank and we've seen them bail out for up to $2 million," Det. William Dunn with the Los Angeles Police Department said.

Kendall Jenner is the latest celebrity involved in a string of high-profile home burglaries, though it is not confirmed if this incident is related to recent heists.

Just one week ago, Lakers player Nick Young's Tarzana home was burglarized with approximately $500,000 in jewelry and other items stolen from his property.
Other celebrities whose homes were burglarized in 2017 include Dodgers star Yasiel Puig, former Laker Derek Fisher and singer Alanis Morissette.