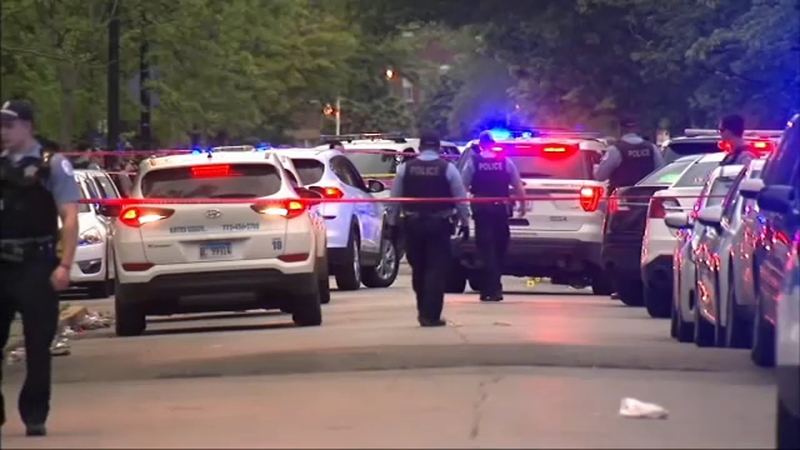 CHICAGO (WLS) -- More than 40 illegal guns were seized and 12 people were arrested on illegal gun charges by the Chicago Police Department so far during the holiday weekend.

CPD deployed an extra 1,000 police officers across the city for the holiday weekend in hopes of reducing violence.

It's a smaller deployment than over July 4 and Memorial Day weekends, both of which were marred by violence.

The city released its plan to deploy hundreds of additional police officers across Chicago for the holiday weekend in hopes of reducing violence.

Police focused on transit hubs, the lakefront and beaches, and parks in various neighborhoods. Officers on foot, in vehicles and in the air were apparent on Michigan Avenue downtown.

In one incident, CPD officers and security officers on patrol observed three men armed with handguns on video Friday in the basketball court in the 2900 block of S. Dearborn St. The security officers attempted to the suspects, but they fled the scene.

Police are keeping an especially close eye on what they call pop-up parties; spontaneous neighborhood gatherings that are announced online.

In 2018, six people were killed and an additional 28 were injured over the Friday to Sunday period of Labor Day weekend.

Johnson said the Chicago Police Department will use resources including the Cook County Sheriff's Department and Illinois State Police, as well as working with their federal partners with at the ATF, DEA and FBI.

Despite the concerns about violence, police said shootings are down 12 percent from last year. In fact, they're at a five-year low.