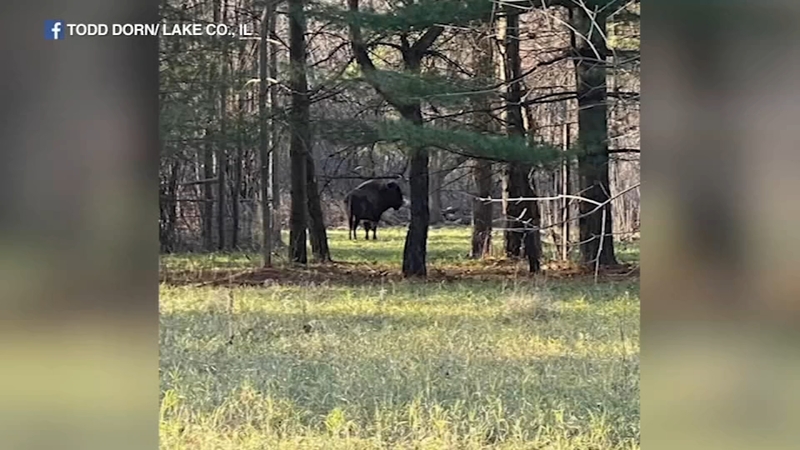 WAUCONDA, Ill. (WLS) -- Scott Comstock knows his runaway bison is in the area. She's been spotted by dozens of local residents numerous times and become somewhat of a social media star and a local legend since her escape last September from the Milk and Honey Farmstead in Wauconda.

Island Lake Police got video last November as the bison crossed the road in front of the squad car.

That's because she is eating well while on the run. Comstock has found the bison's weakness: food. He has been putting out feed sweetened with molasses at a nearby farm, hoping to lure her into the barn and close the door behind her.

He got close last week, drawing her inside the enclosure, but she crashed through this fence instead of going in the barn.

"She came over here and jumped and landed right on this," he said.

Some fans have dubbed the runaway animal "Tyson the Bison" or "Bill the Buffalo. " While she continues to roam free through the neighborhoods, her sister is safely roaming the farm fields. She shares the farm with cows, bulls and other animals.

The owners brought the bison here to help educate customers about healthy eating. They never expected all the attention they've gotten since the escape and plan to have a naming contest when they catch her sister.